Inside the convolution and pooling layers of a CNN

Why do we use the biological concept and term “neural network” in solving real-time problems within artificial intelligence?

In an experiment with cats in the mid-1900s, researchers Hubel and Wiesel determined that neurons are structurally arranged so that some fire when exposed to vertical edges and others fire when exposed to horizontal or diagonal edges. The concept of specialized components for specific tasks is the basis for convolution neural networks (CNNs) in solving problems like face recognition or object detection from an image.

Convolution is the operation of two functions that result in a third function and a resulting output function. It is achieved by extracting the features from an image at different levels. A feature can be edges, curves, straight lines or any similar geometric characteristic.

CNNs use filters — essentially, arrays of numbers — for feature identification. A filter should have the same depth as its input; so, a 6×6 array representing an image should have a 6×6 filter. Filters are also called neurons or kernels.

Consider this illustration of using a filter in a CNN for feature recognition. The sample filter below detects a straight line in an image: 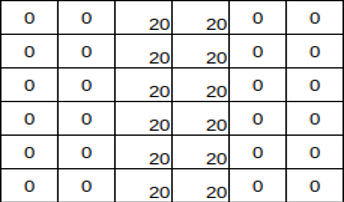 In the images below, that same filter is applied to two different images.

The first image contains a hand-drawn line — the numeral 1 — and an array representing it:

Applying filter to an image with straight lines

The next image contains a hand-drawn numeral 2 — not a straight line — and an array representing it:

Applying filter to an image without straight lines

Fewer of the non-zero entries in the array align with those in the filter, so the resultant — 28,700 — is much lower than in the first image.

That illustrates filtering in a CNN. The image below depicts the architecture of a sample convolutional neural network.

The resultant of the convolution process is called a feature map. Shown below is a formula to calculate the dimensions of the output of a convolution operation:

Stride describes the number of positions by which the kernel is moved over an image, horizontally and vertically, to perform a complete convolution operation. 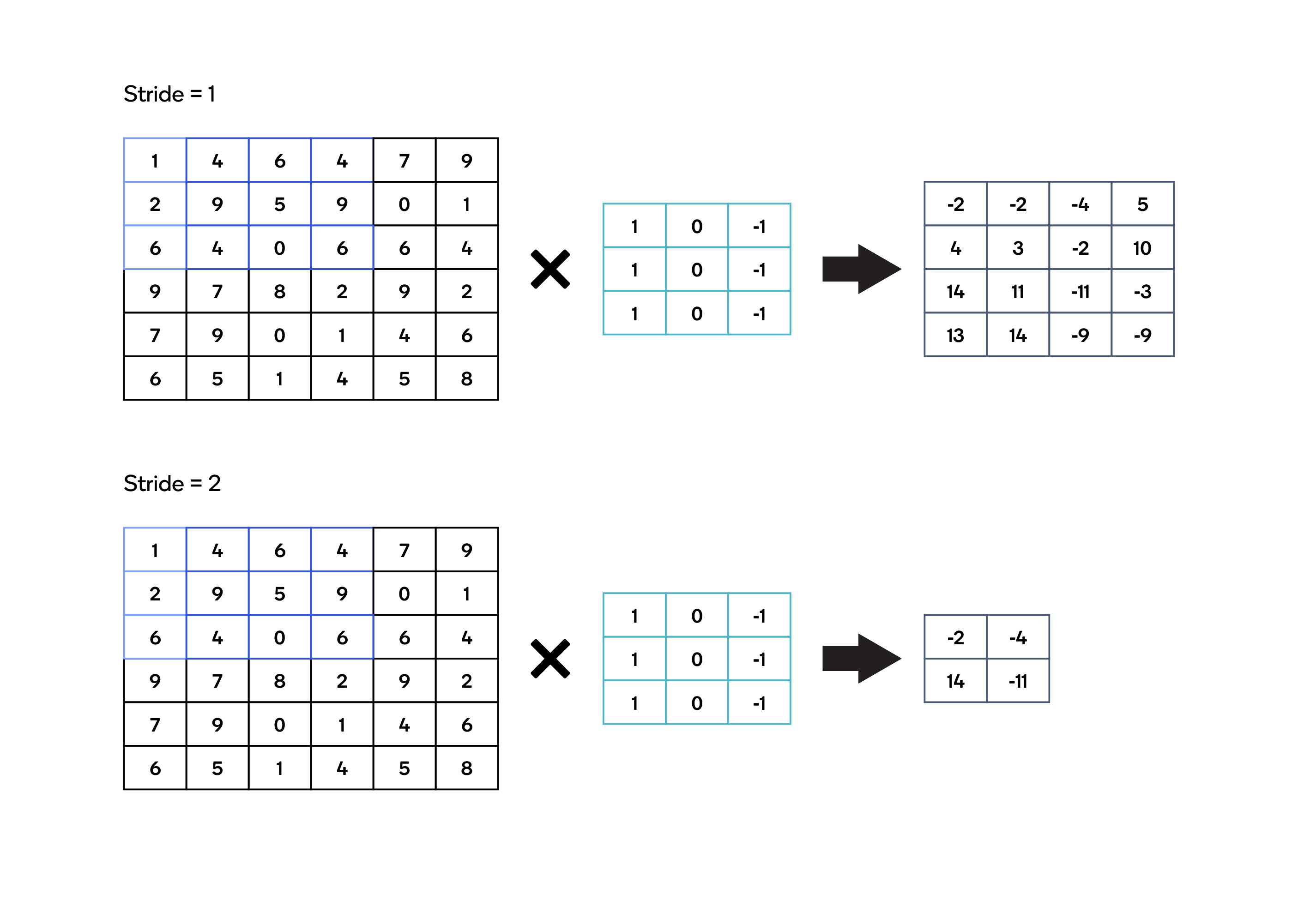 Pooling is used to reduce the spatial size of the representation. It is performed on the feature map. 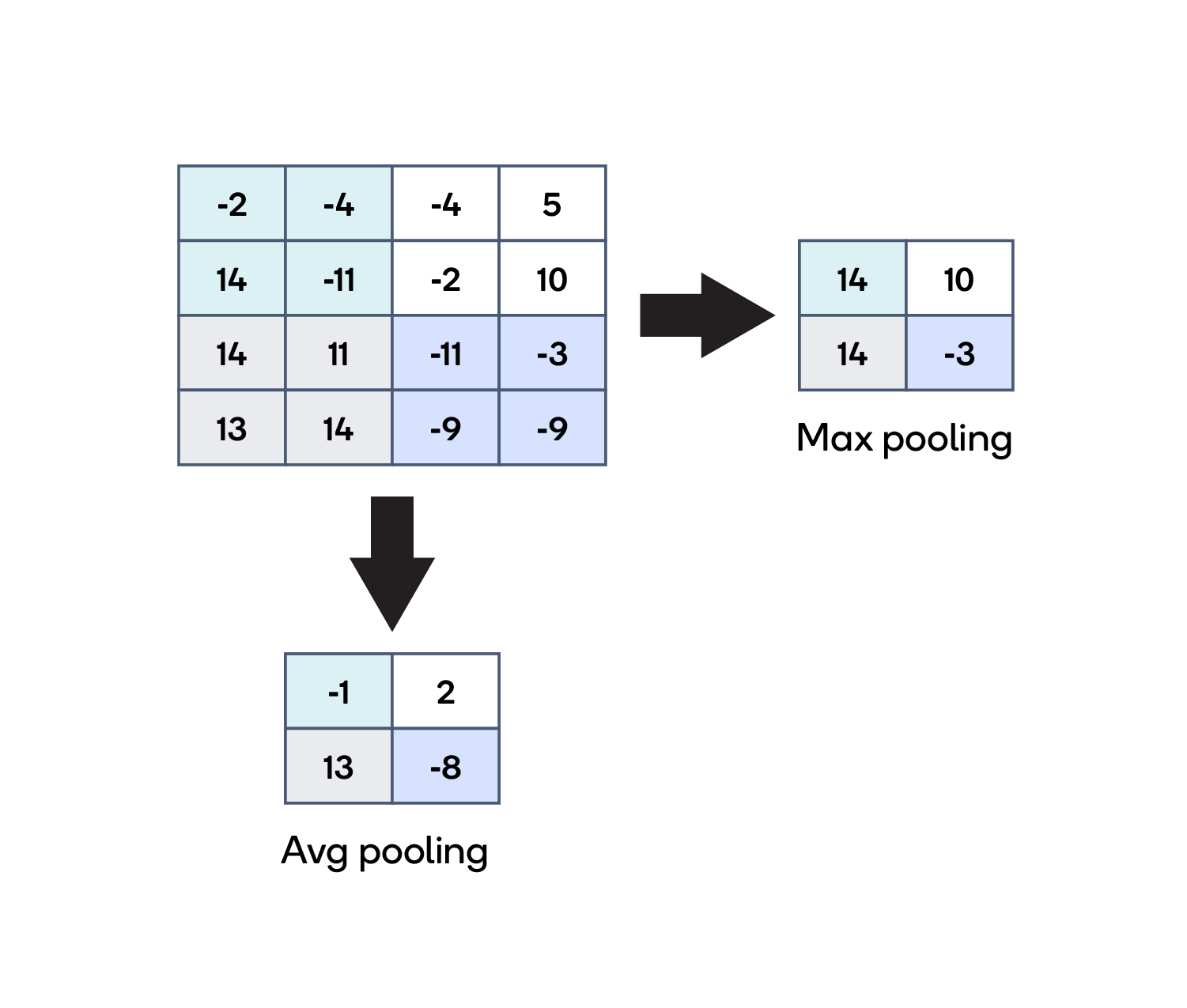