The data collected for training needs to be split into three different sets: training, validation and test. 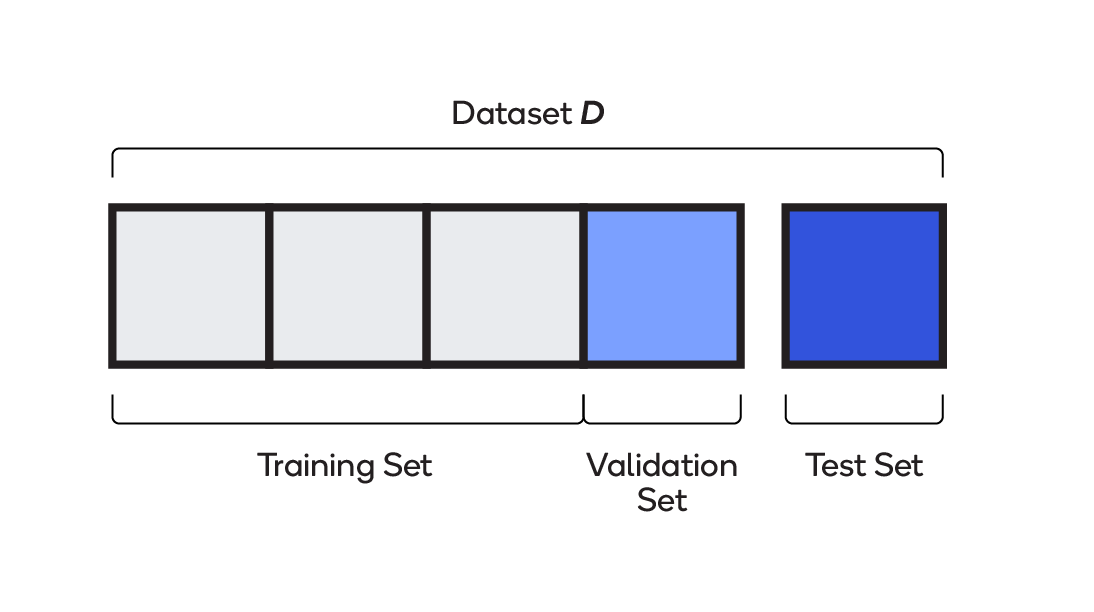 Hyperparameters can be imagined as settings for controlling the behavior of a training algorithm, as shown below.

Based on human-adjustable hyperparameters, the algorithm learns parameters from the data during the training phase. They are set by the designer after theoretical deductions or adjusted automatically.

In the context of deep learning, examples of hyperparameters are:

There are two common approaches to tuning hyperparameters, as depicted in the diagram below. 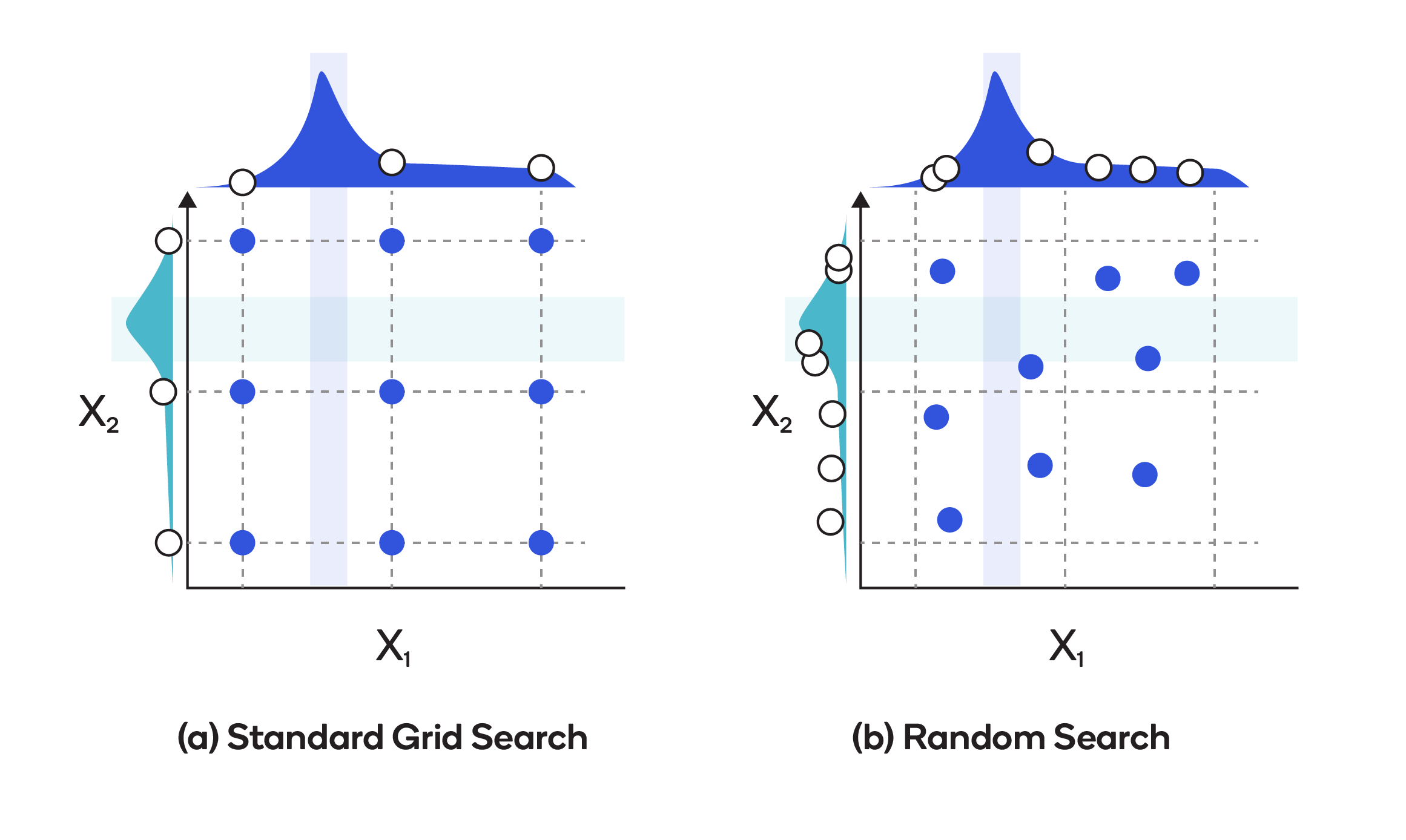 The first, standard grid search optimization, is a brute-force approach through a predetermined list of combinations of hyperparameters. All possible values of hyperparameters are listed and looped through in an iterative fashion to obtain the best values. Grid search optimization takes relatively little time to program and works well if the dimensionality in the feature-vector is low. But as the number of dimensions increases, tuning takes longer and longer.

The other common approach, random search optimization, involves randomly sampling values instead of exhaustively searching through every combination of hyperparameters. Generally, it produces better results in less time than grid search optimization.

Two techniques, normalization and standardization, both have the objective of transforming the data by putting all the data points on the same scale in preparation for training.

The normalization process usually consists of scaling the numerical data down to a scale from zero to one. Standardization, on the other hand, usually consists of subtracting the mean of the dataset from each data point and then dividing the difference by the standard deviation of the datasets. That forces the standardized data to take on a mean of zero and a standard deviation of one. Standardization is often referred to as normalization; both boil down to putting data on some known or standard scale.

Once a model has been trained, performance is gauged according to a confusion matrix and precision/accuracy metrics.

A confusion matrix describes the performance of a classifier model, as in the 2x2 matrix depicted below. 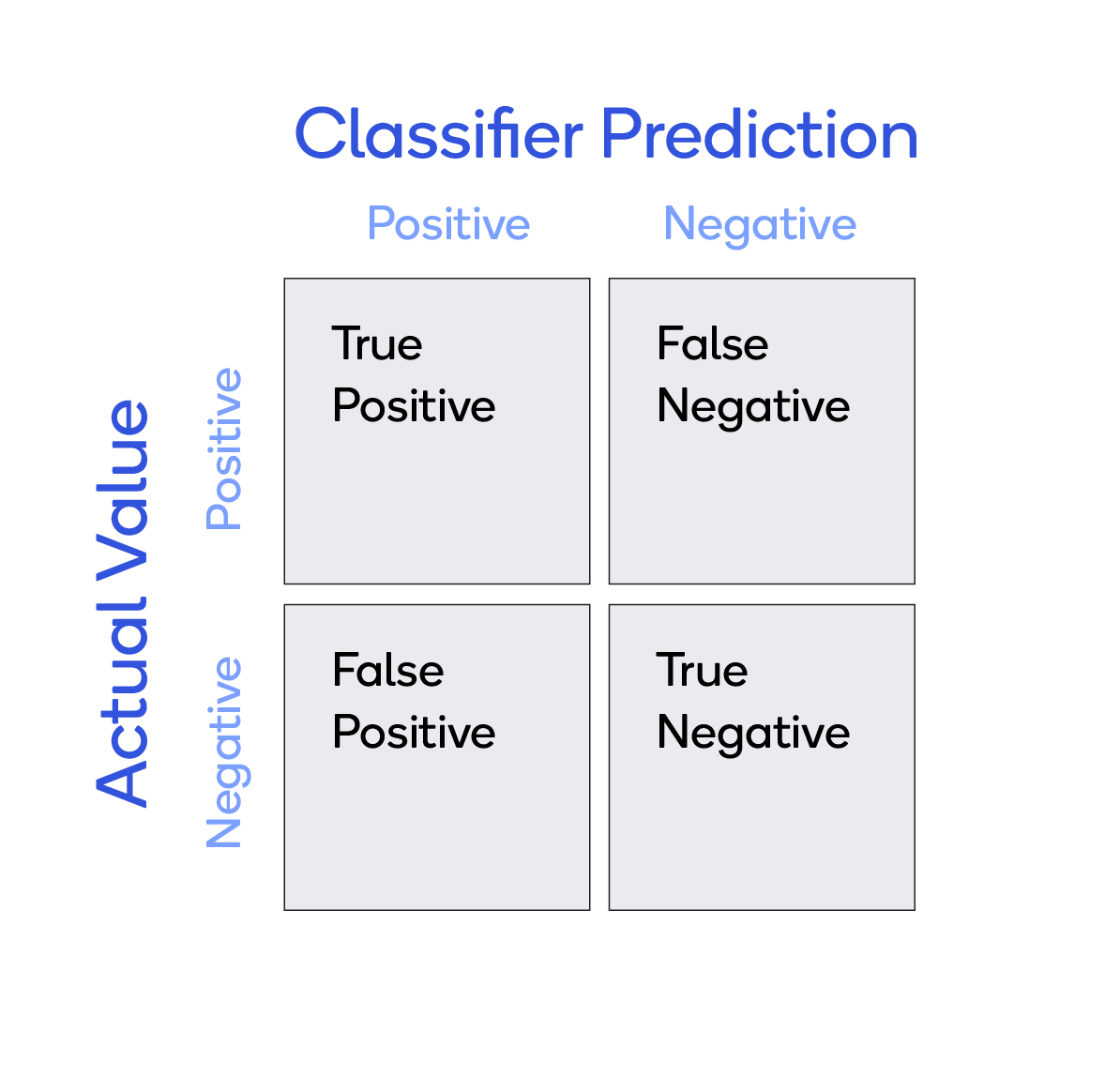 Consider a simple classifier that predicts whether a patient has cancer or not. There are four possible results:

A confusion matrix can hold more than 2 classes per axis, as shown here: 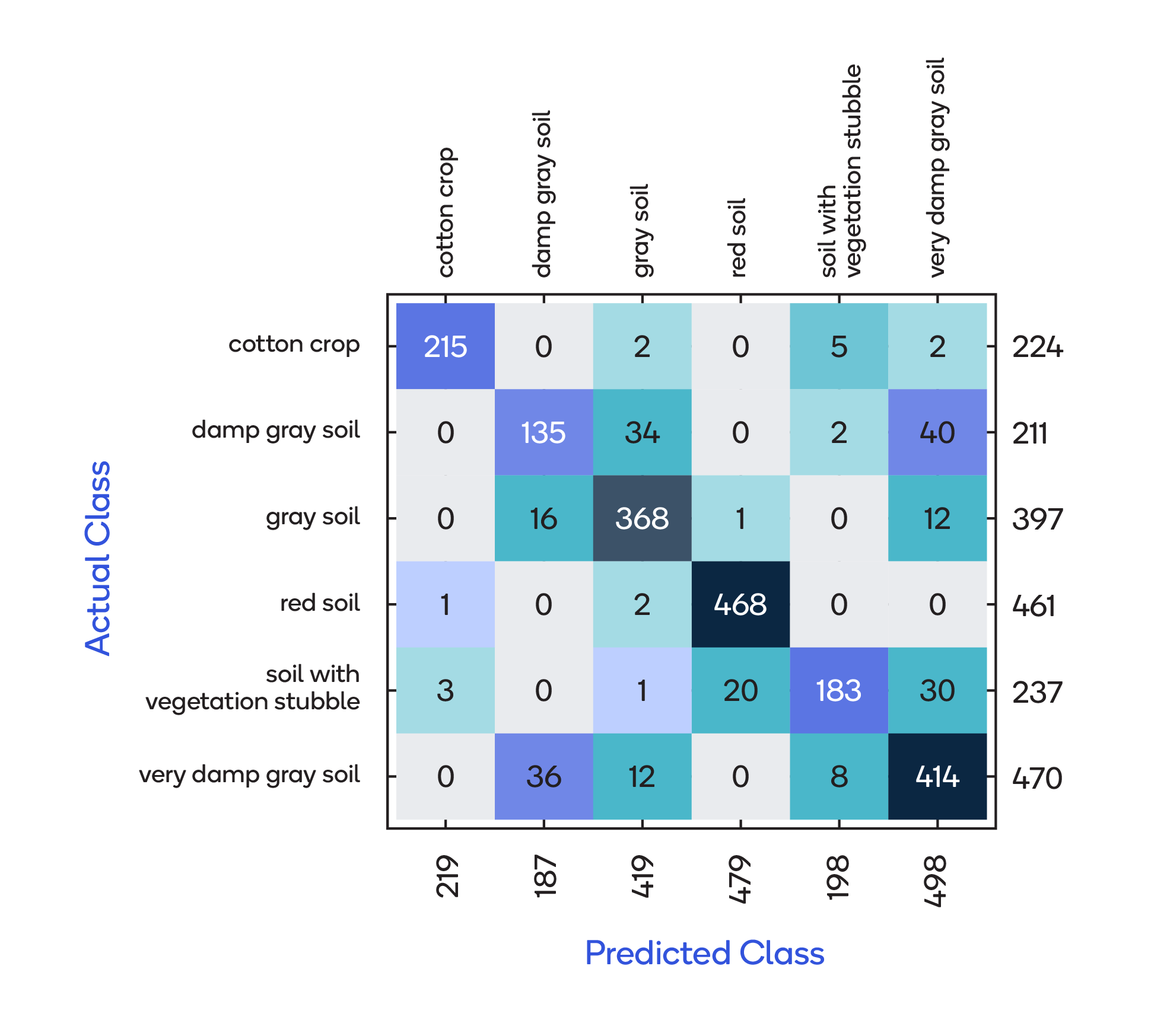 It is also useful to calculate the precision and accuracy based on classifier prediction and actual value. 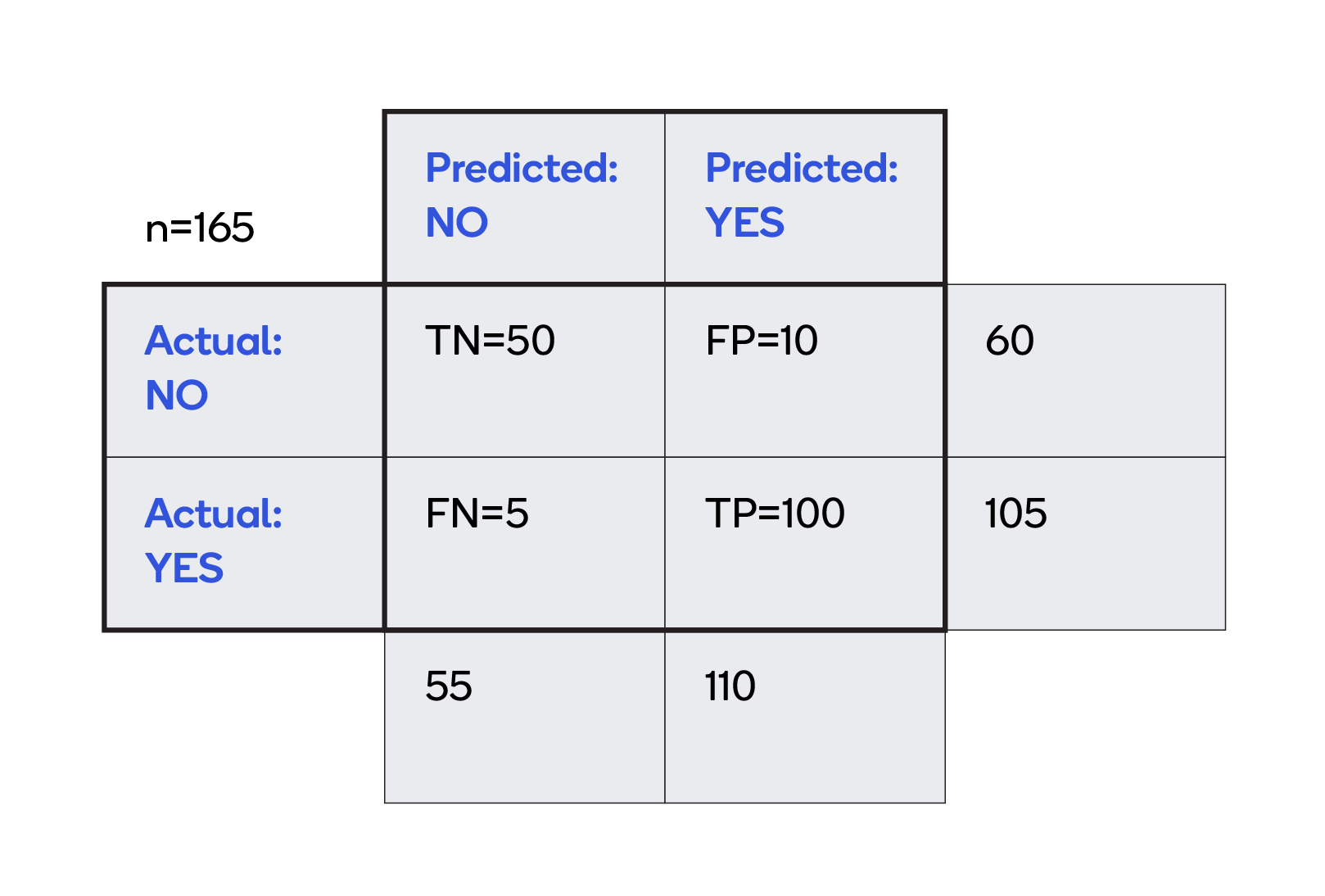