When you want to accelerate an image processing or computer vision application using a graphics processing unit (GPU) like Adreno™, OpenCL™ offers a convenient way to write your program since it’s written in the ubiquitous C language. As an open standard, OpenCL is supported by many GPUs available today in both discrete and mobile environments.

You can optimize your app for one GPU, but most of the time you lose performance when you port to the next one. That is especially true for mobile GPUs, so you need to tailor your application very carefully to get the performance you expect. Unfortunately, it’s not easy to understand or second-guess architectural details when you’re optimizing your program for each different GPU.

That’s why we’ve analyzed a variety of applications and come up with a set of guidelines for better OpenCL performance on Adreno GPUs. In this series, I’ll spell out the guidelines and steps you can follow to improve performance in your applications. 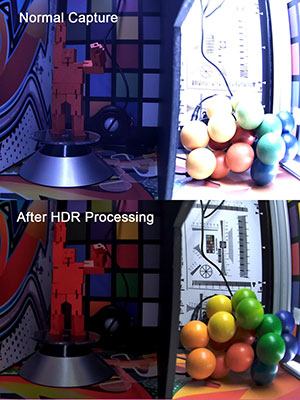 In this post I’ll focus on memory optimization. I’m starting out with memory because most mobile applications are memory-bound rather than compute-bound. So, the performance optimization often boils down to manipulating memory accesses differently.

For Adreno GPUs, I recommend the following:

Developers often ask us when and how to use local memory. Adreno GPUs have dedicated local memory within each compute unit. For example, the Adreno 530 in the Snapdragon® 820 processor has four compute units, each with its own 32KB of local memory.

Here are a few things to note:

There is built-in RAM for storing constant memory. Use it to speed up your constant arrays and variables.

In subsequent posts, I’ll explore more ways to improve OpenCL performance on the Adreno GPU, so be sure to subscribe to this blog.