How are you raising money these days? Friends and family? Series A? Venture capital?

Before you sit down to have your next conversation about raising money from investors, watch our presentation from the Uplinq session “Venture Funding 101.” “Venture Funding 101.” Gareth Keane, investment manager for Qualcomm Technologies, Inc., moderated a fast-moving Q&A with three other experts in funding technology startups: 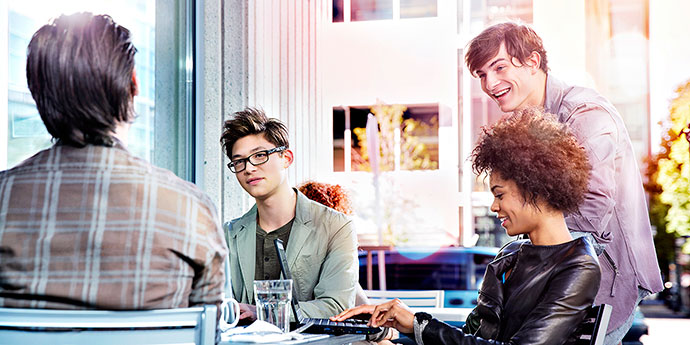 Here are a few of the nuggets that came out of the panel:

Investment – What are investors looking for?

Market opportunity. As partner in a $300M fund, Mehandru said he looks for ideas that have the legs to get to a valuation of a billion dollars. Of course, not all companies get that far, but that’s what VCs of that size are looking for.

Yang emphasized the human factor and team makeup. Ideas and market preferences will change, and with them your product. But if your team is strong enough, you have a good chance of hitting whatever the market may throw at you.

Founder – What are investors looking for?

Longevity. Because founders embody much of the original culture, and because replacing them can be so disruptive, Zimits favors founders who plan to be with the company through its entire lifecycle.

Storytelling. With an increasing population of startups in almost every category, Yang looks for a founder with marketing chops who can tell and sell the company’s differentiators convincingly. Natural storytellers are good for building partnerships and for recruiting new employees.

The VC – What should entrepreneurs be looking out for?

Keane then asked the panel to look at the relationship from the entrepreneur’s perspective.

Domain expertise. Your VC should know your space, according to Mahendru. If you’re in a seed or Series-A round and you need to keep educating your investor about your market, it’s not time well spent.

Tag-teaming. Zimits noted a recent trend among large venture firms to deploy teams of “hunter partners” who land the deals, then bring in completely different partners to sit on the board. The entrepreneur gets to know and trust the first partner, only to have to start a new relationship with the second partner. Again, it’s not time well spent.

More than dollars. Whereas traditional deals happen in the halls of a VC firm, Mahendru pointed out that many of them are now “happening in coffee shops in San Francisco, long before the term sheet has ever been signed.” He encouraged entrepreneurs to ask VCs non-traditional questions like, “What else can you bring to the table besides money?” If they evaluate investors that way, they probably scrutinize prospective employees and partners that carefully as well.

Accelerators and incubators – Are they helpful?

Keane asked panelists to weigh in on the explosion in accelerators and incubators.

Preference for verticals. Yang said Comcast Ventures has stopped attending demo days, finding them an unsatisfying environment for investing. The firm now seeks out incubators and accelerators specific to verticals like healthcare and the Internet of Things.

More money flowing. The more opportunity to fund startups, the better, said Zimits. He mentioned that early-stage tech investing is “bubble-y” right now, and not all ideas will pan out, but that’s natural selection.

Mentoring. Mahendru tentatively praised the mentoring that accelerators often provide, which VCs are not in a position to offer. It benefits everybody, he believes, but it has to be real business mentoring: “Not the kind that teaches you to polish up a weak idea and get VCs enthusiastic about funding it.”

Role: Zimits zoomed way out and characterized accelerators and incubators as a function of pent-up demand for early-stage tech investment. He noted that companies in their early stages used the IPO and NASDAQ to raise capital, and that’s how common investors could capture the value in growth companies. Now, however, companies wait to go public until they’re established. Instead of an IPO being the beginning of the race, Zimits observed, now it’s more like the end.

That’s the tip of the venture iceberg. The panel covered several more topics:

If you’re raising money – or even if you just enjoy thinking about it – make time to watch the 50-minute panel discussion and let me know what you think in the comments below.