In times of uncertainty, society often turns to new and disruptive innovations to overcome its challenges. Nowhere is that timely statement more relevant than in remote health care.

One company that has been making great strides in this area is XRHealth, a premium virtual reality (VR) medical company, certified (ISO, FDA, and HIPAA compliant) to develop FDA/CE-registered medical applications. 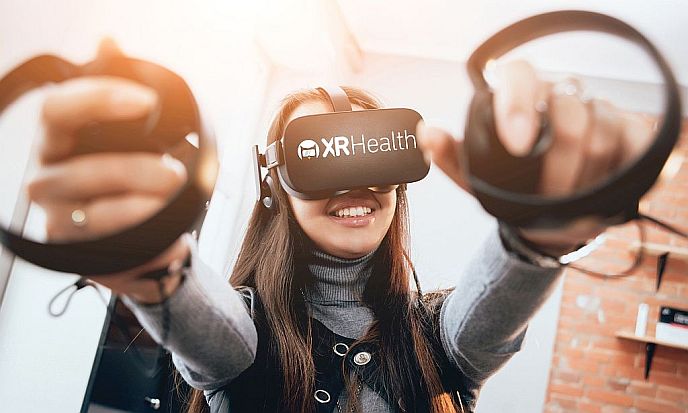 XRHealth allows patients to perform self-administered, VR-based therapies that are directed and monitored by remote XRHealth clinicians. Using a VR headset and controllers, patients engage with VR apps that were developed by XRHealth in conjunction with medical practitioners to provide exercises for therapy and rehabilitation. By engaging the connection between the visual cortex and other parts of the body through VR experiences, these apps help treat a number of health conditions ranging from stress and anxiety to neurological disorders. The level of complexity, along with the patient’s progress, are closely monitored and adjusted by clinicians using XRHealth’s clinician portal, and this information is made available to both parties through a rich set of analytics.

We recently had a chance to catch up with XRHealth’s CEO and founder, Eran Orr, to learn about his company and the XRHealth platform.

XRHealth Labs, an Israeli tech start-up, was founded in 2016 by Eran Orr. As a former fighter pilot, Eran had developed whiplash from flying fighter jets. During his service, Eran also worked with VR simulations and thought that VR could be applied to pain management and other health issues.

Eran says that while telehealth is nothing new, traditional 2D experiences such as video conferencing, limit practitioners to visual examinations and providing advice. While XRHealth does include two-way video conference capabilities between patient and practitioner, its VR-based treatments in conjunction with rich patient monitoring capabilities, offer a whole new realm of benefits which are not possible using traditional 2D solutions. Moreover, XRHealth is making the treatment process fun, engaging, and more convenient for patients.

The XRHealth platform accommodates both patients and clinicians. Patients start by creating an account through XRHealth’s main website and specify the type of treatment they need. XRHealth then assigns a clinician who meets with the patient via the platform’s video conferencing feature. Both types of users can access the platform through either the XRHealth’s website, or through the respective XRHealth Android app (two apps available: XRHealth for patients and XRHealth External Control for clinicians).

The exercises provided in XRHealth’s apps span motor, cognitive, and psychological treatments. For example, their Balloon Blast app shown below, has been designed to help patients with issues related to the upper back, neck, and shoulder. 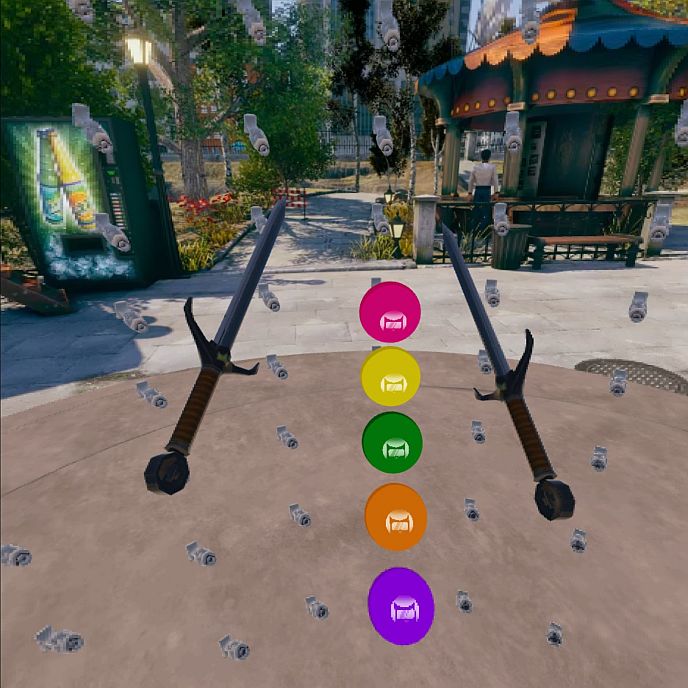 With Balloon Blast, the clinician assesses the patient, then prescribes and configures certain settings in the app. Every balloon is positioned perfectly to match the patient’s specific range of motion at exactly the right angles, so they appear in the right places. The patient pops the balloons using a virtual sword, builds up points, and completes their session once all balloons have been popped.

The clinician can log in later to see the patient’s progress and make adjustments such as adding more balloons and changing their speeds, and adjusting angles (e.g., from a simple extension of the arm to a more complicated swiping motion). Since the app is fun and engaging, XRHealth sees greater follow-through from patients in complying with their clinician’s prescribed exercises. In addition, both users can monitor progress and assess whether the exercises are being performed correctly.

In addition to these apps, XRHealth also includes a VR-based support group feature, which has proven popular for group therapy sessions.

Remaining engaged and committed to treatment is a common challenge with patients after they initially start a rehabilitation or therapeutic program. By making the treatment both fun and engaging, XRHealth says patients tend to remain more committed to the treatment, and are more likely to comply with their clinician’s recommendations. This is also driven by the patient’s ability to analyze and quantify their own performance and track their own improvement over time through the portal. In addition, the ability for the patient to meet with the clinician remotely and perform the treatment in their own home lessens the burden of travelling to a clinic, sitting in a waiting room, and experiencing an often unfamiliar and less inviting treatment environment. For clinicians, XRHealth also provides conveniences including more flexibility for when, where, and how they work.

In order to provide effective and comfortable treatment using VR for a wide range of patients, XRHealth realized early on that cybersickness had to be reduced as much as possible. To combat this, they require their apps be run on stand-alone VR headsets to achieve the highest possible framerate. This is based on XRHealth’s belief that smart phone-based VR experiences generally can’t provide the frame rate required for VR-based health applications. XRHealth recommends using state-of-the art VR headsets like those powered by Snapdragon® Mobile Platforms, including those from Oculus. And XRHealth recently announced a collaboration with Pico (also powered by Snapdragon platforms) to provide patients with VR Telehealth Kits.

VR safety is also a concern that XRHealth is designed to address. Clinicians advise their patients to initially use the VR headset while sitting down, until they become familiar with being immersed in a VR environment. They also advise patients to ensure that the VR sessions are conducted in a wide-open space to avoid collisions. XRHealth includes a virtual two-by-two grid in their apps, that warns users when they reach the grid’s boundary, via onscreen messages. From our standpoint, these are both good practices for all VR developers to follow, especially when planning for VR development.

XRHealth is opening up their platform to third-party developers. Currently the endpoints in their REST API allow developers to store patient session data and graphs on XRHealth’s server, which users can then view on the XRHealth portal.

The Future of Telehealth

Eran believes we are on the cusp of a healthcare revolution made possible by the convergence of VR and telehealth solutions. He also envisions that the application of AR and VR in healthcare could potentially represent a bigger opportunity than gaming.

Here at Qualcomm Technologies, Inc., we’re seeing numerous developers taking advantage of solutions like our Snapdragon 8 Series Mobile Platforms, to create exciting and innovative tools. Developers interested in learning more about our technologies that power many of today’s VR headsets should check out the Snapdragon 845 VR Development Kit and our Snapdragon VR SDK.

Solutions like XRHealth are showing how VR and telehealth can benefit patients as our world changes around us, and QTI is excited to be contributing to the platforms that power these innovations. With the ability to reduce in-person visits and provide more engaging and inviting treatments that patients are more likely to follow-through, XRHealth believes there is a better chance for successful recoveries which could in turn reduce healthcare costs and the overall burden on the healthcare system.

Building Blocks and Skills to Break into AR Development
Level Up Your Game: Key Announcements and Highlights from GDC 2022
What’s Next in Image Processing at the Edge with NexOptic
Using Shaders for Realistic Graphics on Mobile
The Evolution of High Performance Foveated Rendering on Adreno