This blog is Part 2 in our series about the Thread mesh protocol. In our first blog: Thread: A Low-Power Mesh Network Protocol for IoT we explained how the Thread protocol works and examined the role that each of the key device types play in the network architecture to support the Internet of Things (IoT). In this blog we’ll look at why we need Thread, where we can use Thread, and where it may be the best choice for developers. We’ll also explore some resources available to you, take a peek into what the future holds, and suggest what your next steps might be.

Why Do We Need Thread?

In the rapidly growing ecosystem of smart home and building automation technologies, the total number of connected devices worldwide is expected to reach 64 billion by 2025, up from about 10 billion in 2018. However, this growth may be challenged by a lack of interoperability, more specifically the ability for a device from one manufacturer to work with one from another. McKinsey & Co even reports that interoperability is critical to unlocking 40 to 60% of the potential value generated by IoT.

It is exactly this challenge that the Thread protocol was designed to solve. Thread standardizes how automation devices communicate with each other to create a seamless wireless mesh network. Built on proven open standards, with IPv6 technology and 6LoWPAN as its foundation, it is designed to offer numerous technological advantages over existing wireless technology protocols for IoT:

Where Can We Use Thread?

Although Thread can be used in a wide variety of products and services, it was specifically designed for smart home and building automation applications.

Thread in Smart Homes: An increasing number of Internet-connected devices are now available to homeowners. While these users were initially interested in the convenience these devices provided, they are now choosing products and services that help them feel secure, reduce costs, and conserve energy. The challenge homeowners face is that they want all of their IoT devices to work together in a reliable, efficient, and secure manner for a truly seamless experience. 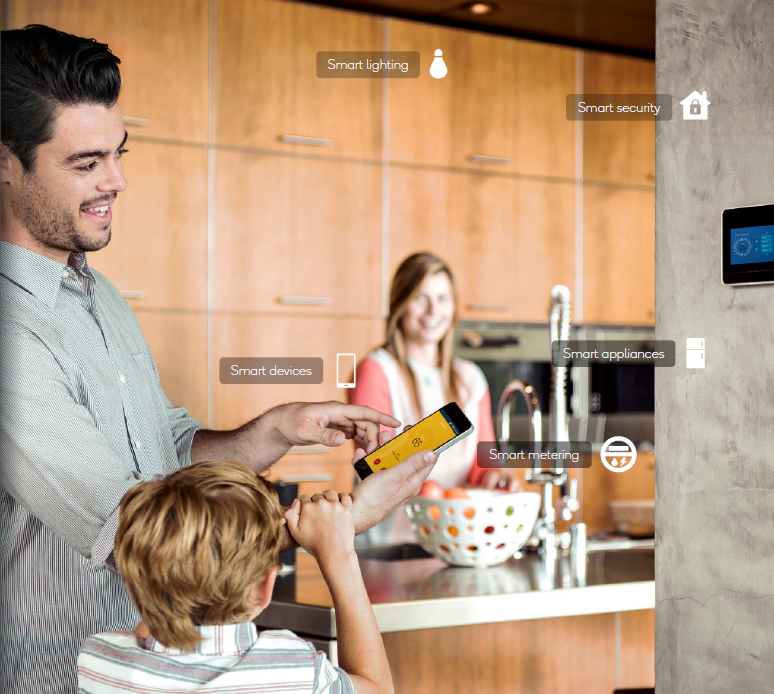 Thread offers the standardization developers need to solve this challenge for homeowners. Thread uses open IP connectivity so wireless devices that make up the smart home can easily communicate with other IP connected devices like a mobile phone. Thread devices don't need proprietary gateways or translators because they can make direct connections to the other devices that they're interoperating with. For homeowners, this helps reduce complexity and investment, potential points of failure, and maintenance burdens, all while offering end-to-end security from the device to the cloud.

If you’re creating products for the smart home IoT, Thread may accelerate the pace at which you can develop new devices because you can leverage the network technologies Thread provides to help you quickly and easily integrate your device into an existing system. If you’re developing applications, there are already many Thread certified products like the Qualcomm® QCA4020 and Qualcomm® QCA4024, our low power, IoT System-On-Chip (SoC), to get you started.

Thread in Commercial Buildings: Building owners and property managers say one of their primary reasons for implementing IoT solutions are to help lower operating costs, improve health and productivity benefits for occupiers, and tighten security through real-time surveillance and faster emergency response systems. However, the majority of commercial building spaces consist of technology silos with minimal interoperability. Moreover, these existing enterprise networks are not optimized to support the requirements of today's small, low-power IoT devices. 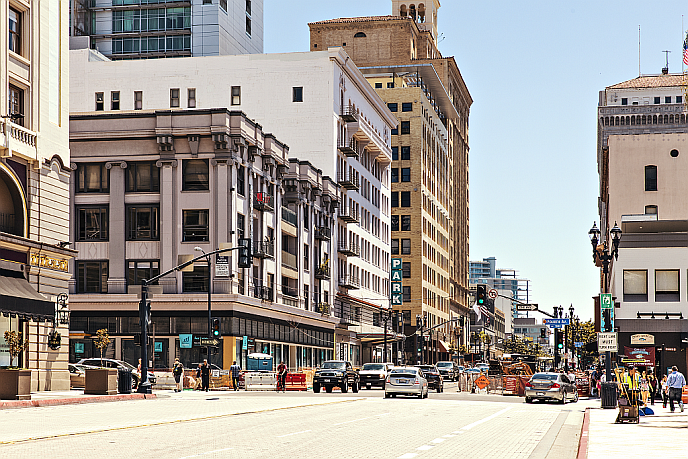 Thread offers a unifying solution for IoT applications being rolled out in commercial buildings, universities, outdoor applications, and even smart city areas. As Thread is fully based on IPv6 and open standards, Thread Border Routers form a link between any existing enterprise IP-based network like Wi-Fi, Ethernet etc., to create the energy-efficient wireless network these low-power devices need. Thread network devices can seamlessly integrate with existing enterprise networks, and as such, existing Building Management Systems (BMS). Thread also supports multiple Border Routers on the same network to help ensure no single point of failure, bringing an important level of redundancy to what can be a network of mission critical devices.

In addition, manufacturers can now combine multiple protocols on a single System-On-Chip (SoC) solution, offering developers even more options to reduce complexity, while extending these heterogeneous networks to support these low-power devices. For more information on how to get started, read our previous blog: How Do I Use the QCA4020 Development Kit to Combine Wi-Fi, Bluetooth 5 and Zigbee/Thread?

What Are Some Specific Cases for Thread?

Besides Thread’s inherent interoperability, there are many other aspects built into the protocol that make it well suited for meeting the needs of smart homes and commercial building automation. Below are three cases where Thread could provide an alternative choice:

Thread has a single unified security model thanks to its native support of the IP protocol suite. All Thread network communication is encrypted through the use of symmetric key cryptography based on a network-wide key, using Advanced Encryption Standard-CCM (AES-CCM) where the key-exchange takes place via Juggling Password-Authenticated Key Exchange (J-PAKE).

Battery Powered Devices and Sensors: Many of the services which you might want to develop for environmental control or safety and security products use battery operated devices built with a small form factor like alarms, thermostats, intrusion sensors, and smoke detectors.

Thread supports these low-power devices by minimizing battery drain to reduce constant charging or frequent battery changes. With Thread, devices follow the IEEE 802.15.4 standard for low-power local networking communication and uses an asynchronous mode of operation to establish a link to its one-hop peer. These devices, called “sleepy end devices”, generate data only when an event occurs. For example, door and window sensors wake up only when there is a trigger event (e.g., an intrusion), to send commands to the target node through Thread’s distributed network routing system.

Two significant features added in the latest release (Thread 1.2) are Enhanced Frame Pending (EFP), which reduces the number of messages sent by low power end devices, and Coordinated Sampled Listening (CSL), which allows them to remain asleep for most of the time. Together these features help devices and sensors use even less power to extend battery life even more.

To achieve this robust level of reliability, Thread’s mesh network helps to ensure there is no single point of failure because the network can self-heal. Contrast this with past systems composed of competing technologies, where remote and mobile access are lost when the controller stops working. In a Thread network, any powered device can become a border router to maintain a critical connection. If a follower device depends on a leader device that is unavailable, the follower device can independently select another leader device. This is possible because the mesh network topology together with 6LoWPAN, allows any node to be a leader.

What Does the Future Hold for Thread?

Designed for growth - The growth in smart home and building automation products and applications shows no sign of slowing down anytime soon. However, the three most pressing concerns among software developers and product engineers when it comes to IoT applications are security (47%), interoperability (29%), and connectivity (22%). Thread was designed with one goal in mind - to create an open-source network protocol based on proven industry standards that address these areas.

Future-proof products and platforms - Thread is application-layer agnostic, which means the application layer and cloud services in Thread devices can be changed over time. Thread devices can grow and evolve with ecosystems and the industry, while the core IP foundation will be well-supported indefinitely.

Fully supported now, and in the future - The Thread group expects many collaborative projects to be built from its existing and proven technologies to increase interoperability. One such alliance has launched called Project Connected Home over IP (CHIP). CHIP intends to simplify development for device manufacturers and increase compatibility for consumers. Amazon, Apple, Google, and the Zigbee Alliance announced a new working group that plans to develop and promote the adoption of a new, royalty-free connectivity standard to increase compatibility among smart home products. Specifically, CHIP is an open source, universal application layer, intended to enable devices to communicate with each other and will run over the Thread mesh network layer.

Thread technology has the potential to become a significant part of any overall interoperability strategy for smart home and building automation development. And with the support of powerful alliances including ARM, Nordic Semiconductors, NXP Semiconductors, OpenThread by Nest, Qualcomm Technologies, Inc., and Silicon Labs, to name a few; Thread-based solutions can easily venture far beyond smart homes and smart buildings.

What Are Your Next Steps?

For additional information about Thread, be sure to check out the following resources:

If you are ready to look at developing with Thread, download the Thread Specifications, look into membership benefits, investigate the Qualcomm QCA4020 and Qualcomm QCA4024 SoC Development Kits that support the Thread protocol, and be sure to tell us about your project!