[Editor’s note: Guardhat, a real-time situational awareness platform for industrial workforces, was featured in a recent “Tech for Change” interview on DigitalTrends.com, a comprehensive source of information about technology. The interview focused on the meaningful impact of Guardhat in improving worker safety through a smart hardhat.]

What do people in industrial operations and management think about when their workers are on an oil rig, at the bottom of a mine, next to a blast furnace or atop an electrical tower? Safety first, and ensuring that their employees are not among the 14-plus who die on the job daily in the U.S. And in the back of their mind is the slim tether that connects those workers to central operations.

That’s why the innovative founders of Guardhat took another look at the basic item of safety equipment used by almost every industrial worker: the hardhat. Instead of seeing just another piece of durable plastic, they saw a wearable device at the edge of an end-to-end industrial safety system.

They incorporated sensors, a camera and microphones into the hardhat and tied them together with the on-device processing power of Intrinsyc’s Open-QTM 626 µSOM (micro system on module), based on the Qualcomm® APQ8053-Pro SoC. The 626 µSOM accommodates event processing rules that warn the worker in real time about imminent danger. It also allows audio/video calling.

Guardhat engineers added cellular connectivity to the hardhat with a module from the WP family of Sierra Wireless, built on the Qualcomm® MDM9207 IoT modem. The module connects the hardhat to a custom Internet of Things platform designed for worker safety monitoring and immediate response management. 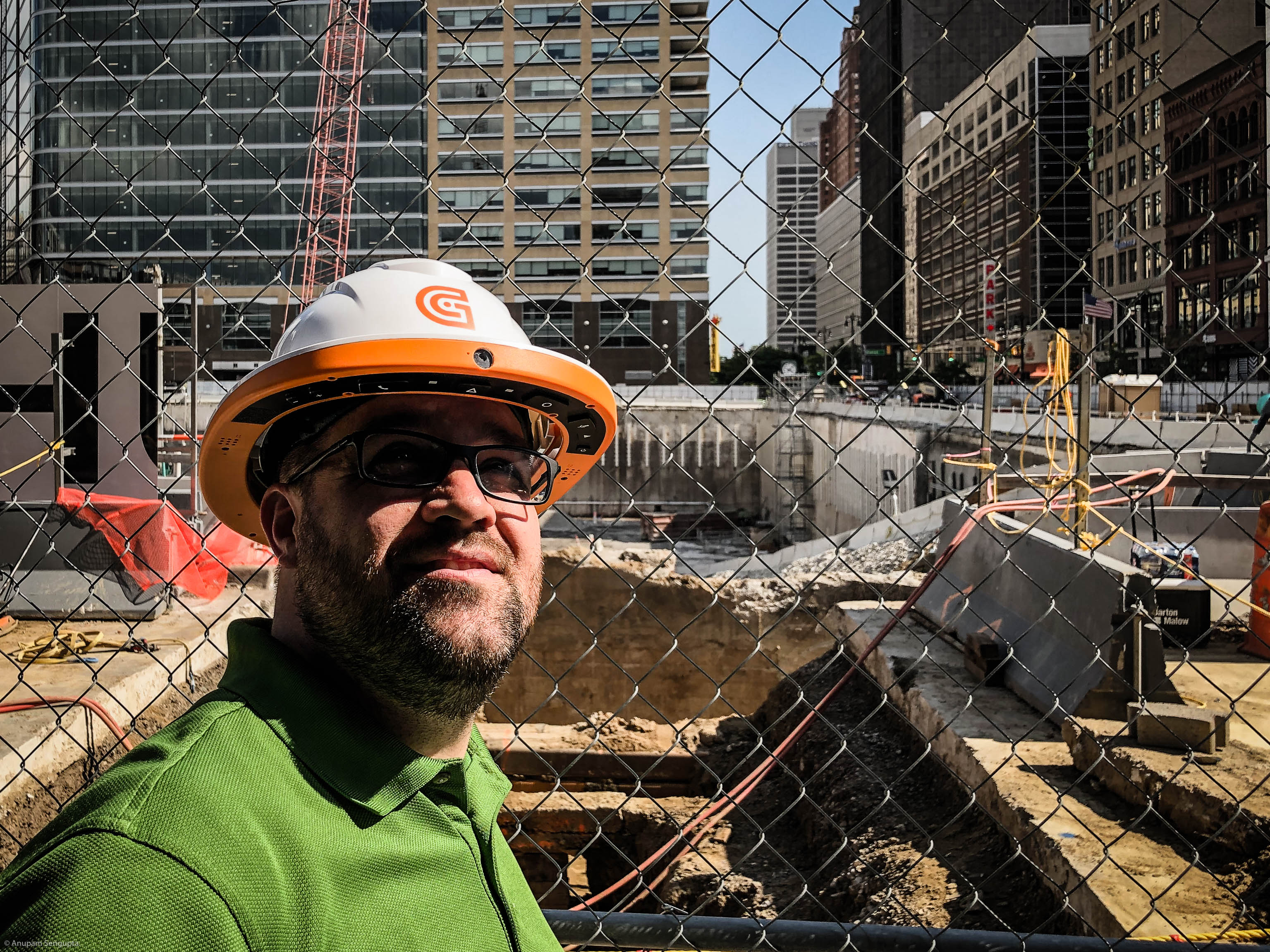 Operators can use cellular and Wi-Fi links to locate workers accurately. Through on-board video and audio, they can see and hear what’s happening around workers. They can set geographic boundaries on employee movement and notify workers who move outside the expected range of operation. They can also use real-time audio, images and video to communicate with workers, including remotely guiding those in dangerous situations back to safety.

Building industrial safety around a SoM

How do you take an everyday object like a hardhat — little changed in half a century — and introduce enough innovation to propel it into the Internet of Things?

Guardhat was founded by former executives in the steel industry who felt the daily stress of keeping workers safe. They developed the idea for a real-time situational awareness and data analytics platform to help those on the front lines of industry act immediately — even preemptively. For lone mobile workers, they targeted the hardhat as a key wearable for their solution because of its broad use — no need to get workers to start wearing something new.

But that also presented a big design challenge — how to add all the features and functions they wanted without making the hardhat heavy and impacting workers’ willingness to wear it. They landed on the APQ8053-Pro SoC as the ideal balance of advanced processing capabilities and power efficiency. Intrinsyc’s Open-QTM 626 µSOM is based on that SoC, so Guardhat engaged Intrinsyc to incorporate the micro-SoM to the hardhat and optimize its performance.

With so many components, Guardhat Communicator is far from a conventional wearable: it takes advantage of roughly 300 pins that the carrier board routes out as interfaces to the SoC. With the support of Intrinsyc, Guardhat built several technologies into the hardhat:

Does your hardhat have secure boot? Well, does it??

When you build a wireless chip into a hardhat, you make it part of the Internet of Things. And when something is a connected element in IoT, you need to make it secure. That’s why Guardhat Communicator uses the security elements built into the APQ8053-Pro SoC. 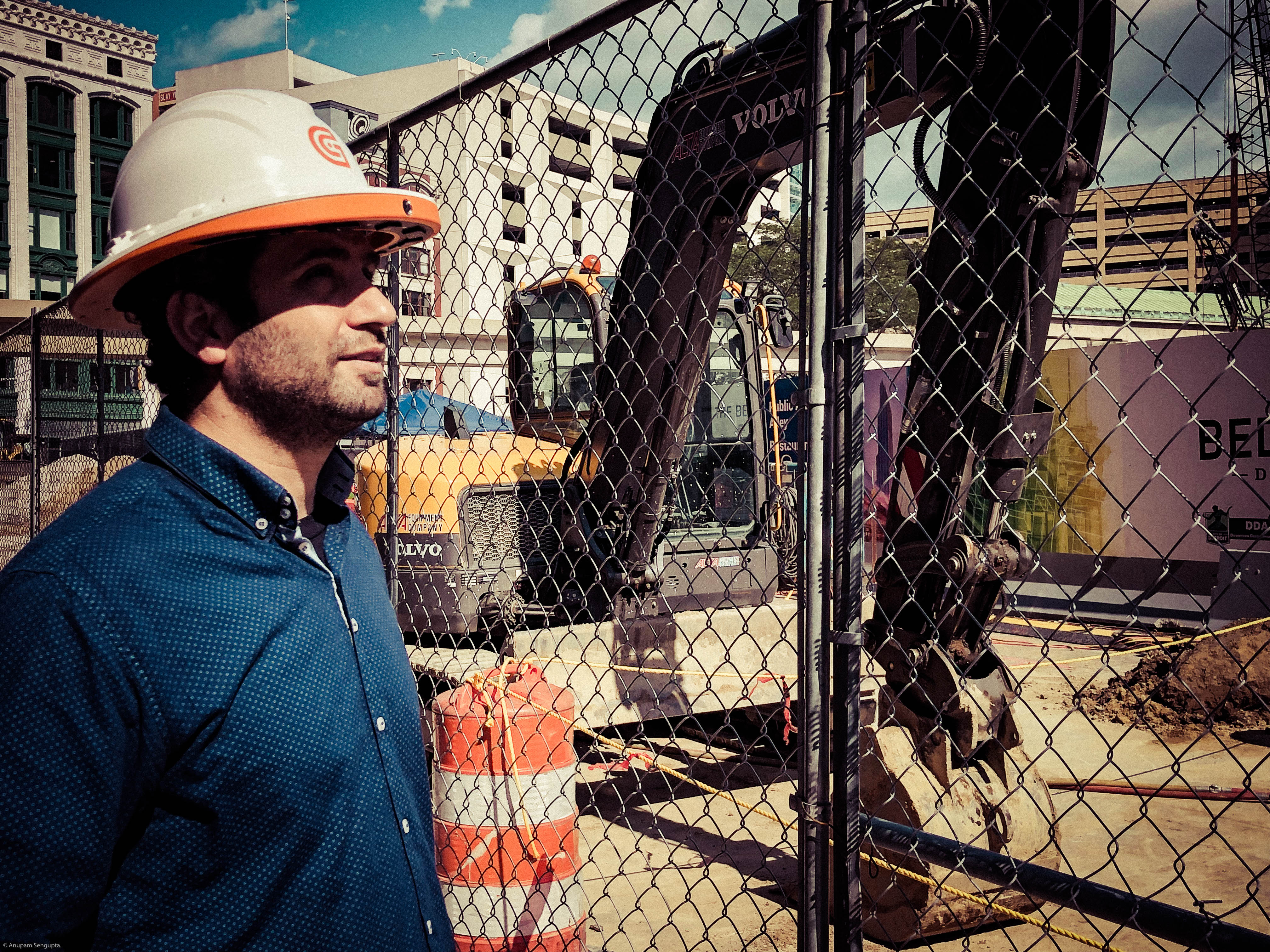 Intrinsyc helped implement the secure boot feature to make sure it runs the authenticated software images deployed by Guardhat. That helps prevent an outsider from reprogramming the unit with unauthorized software; the images must be signed with Guardhat’s own key. Intrinsyc also implemented secure bootchain on the smart hardhat, ensuring not only that the bootloader is signed, but also that the device runs secure Linux with a secure file system.

APQ8053-Pro supports remote software updates, which Intrinsyc implemented. The process places the device in upgrade mode so that Guardhat can push updates like new features, fixes and patches remotely. On its servers, Guardhat hosts the update files, cryptographically signed with the company’s own keys.

Besides receiving certification from both the FCC (USA) and Industry Canada, the Guardhat Communicator is CE-certified.

Furthermore, the Open-QTM 626 µSOM has received modular certification from both the FCC and IC. That helped Guardhat lower development costs and minimize the time to commercialization. With those certifications in place, they needed to comply only with the antenna type and the gain for the antenna in North American industries.

But even the smartest, best-certified hardhat could not survive tough conditions without being ruggedized. Guardhat Communicator’s durability specification is MIL-STD-810 Rev. G (2008), with an ingress protection rating of 65 against intrusion from dust and water. All connectors (cables, battery, microphones, SOM) have been drop-tested to help ensure the device can be used in the most demanding industrial environments.

If Guardhat can give an ordinary-but-functional thing like a hardhat a new lease on life as part of IoT, then why can’t you?

Find out more about Guardhat’s approach to worker safety from the Digital Trends “Tech for Change” interview. And have a look at the Open-Q 626 µSOM Development Kit made by Intrinsyc to simplify the work of prototyping on the SoM.

Exploring Assisted Reality with POINTR
Heterogeneous Computing for your Demanding Apps
Choosing Actuators for Your Robotics Projects
Thread: A Low-Power Mesh Network Protocol for IoT
The Rise of Mobile eSports and the Influence of Snapdragon Elite Gaming and 5G