[Editor’s note: DigitalTrends.com is a comprehensive source of information about consumer electronics and technology. Its “Tech for Change” series of content shines a spotlight on technical innovations that make a meaningful impact. A recent article featured HumanWare, whose BrailleNote Touch Plus is an Android tablet equipped with a movable, braille display for vision-impaired users. Mistral Solutions provided the engineering design services.]

Mobile developers make a lot of assumptions in creating apps, but one of the biggest is that users can see the screen. What do you do when you can’t assume that?

For people with blindness, low vision and learning disabilities, HumanWare designs and commercializes assistive technology products, including a tablet for taking notes and using the web in braille. The consumer device is used in schools to train children on reading through a braille display and entering text through a Perkins keyboard. 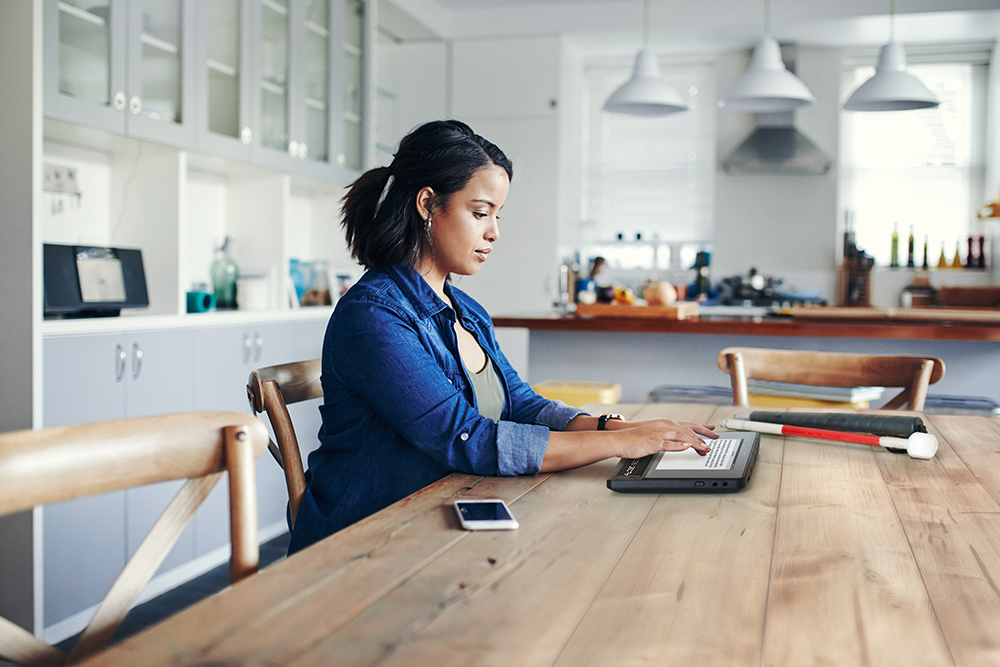 When the chip powering the existing product reached end of life, HumanWare made plans for a more powerful replacement called the BrailleNote Touch Plus. The company’s engineers had several requirements:

HumanWare turned to their long-time development partner Mistral Solutions for the engineering services needed to design a high-performing, mainstream Android device for users with visual impairments.

Abstracting complexity with the 820 Development Kit

Mistral, an authorized design center working with Qualcomm Technologies, Inc. (QTI), believed that the processing power and features of the Qualcomm® APQ8096 application processor were well suited to the new product. Instead of the single-board computer in the previous design, Mistral proposed the 820 Nano SoM, a system on module it had built around the APQ8096. The SoM includes a 64-bit quad-core CPU, the Qualcomm® Adreno™ 530 3D graphics accelerator, 802.11ac Wi-Fi and a 14-bit image signal processor (ISP) capable of handling 28-megapixel images.

So that Humanware could validate the performance of the 820 Nano SoM, Mistral suggested its own 820 Development Kit. The Kit provides termination to exercise all the interfaces available on the 820 Nano SOM, including USB 3.0 over Type-C, touchscreen and display, HDMI, power and extended storage.

The 820 Development Kit also gave HumanWare access to the latest version of Android. Capitalizing on the tight integration between hardware and software, Mistral took the base port of Android from QTI and modified it for the kit. HumanWare then used the kit to benchmark the tablet’s hardware features and software against a nearly production-ready distribution of Android, running on the 820 Nano SoM.

The prominence of QTI in mobile assures OEMs of ongoing support for Android and of continued access to the most important features in the OS. From the standard Android images to recovery boot and over-the-air firmware upgrades, tight integration is a big advantage for device manufacturers.

By greatly reducing the complexity of testing the SoM, Mistral’s 820 Development Kit was the first step toward confirming the APQ8096 as a suitable processor for the new tablet. Once testing on the kit was finished, HumanWare was confident enough to take the 820 Nano SoM into production.

Engineering and profiling the faster BrailleNote Touch Plus

From there, the increase in system speed was even more compelling. The 2.2GHz Qualcomm® Kryo™ quad-core CPU and 4 GB of LPDDR4 RAM lent an appreciable boost in performance to the BrailleNote Touch Plus.

Mistral had to implement additional layers and services for features outside the 820 Nano SoM. That work included developing drivers and supporting interfaces to Android so that HumanWare’s apps could access hardware like the touch screen and the braille display.

The BrailleNote Touch Plus includes a software implementation to realize a 9-key Perkins keyboard. This touch-based keyboard captures keys from the way the user’s fingers are positioned on the screen. An algorithm running on the APQ8096 detects the combination of fingers on the screen and then generates the scan code for the corresponding key.

Late in the project, Mistral noticed that the APQ8096 was heating up when playing back 4K video with prolonged streaming over Wi-Fi. HumanWare wanted to know whether the Linux kernel had safety measures to deal with overheating and keep the system in a reliable state of operation. Using Qualcomm® Snapdragon™ Profiler, Mistral demonstrated the system load on all cores and showed how cores automatically throttle back to keep the system stable until temperature falls. Profiler also depicted how the APQ8096 distributed most of the 4K video load across GPU and hardware codecs, sparing the CPU.

The touch screen on the BrailleNote Touch Plus allows vision-impaired users to interact with applications in ways that sighted users take for granted. With HumanWare’s KeySoft suite running on the APQ8096 processor, users enjoy first-letter navigation, speech and braille feedback, and access to both braille-first and mainstream apps available from Google Play. (Here’s a video highlighting the product and its features.) Plus, the product has earned strong marks from sighted parents, teachers, peers and IT professionals who can finally use an assistive device as they would an ordinary Android tablet. 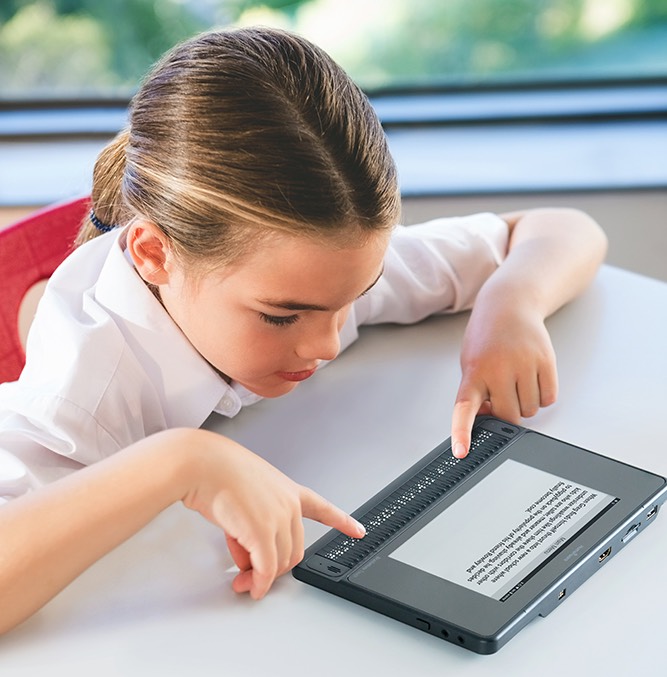 Ready to build tight integration between Android and a smartphone-caliber SoM into your products? Find out more about the BrailleNote Touch Plus from HumanWare, the 820 Development Kit from Mistral and the APQ8096 from Qualcomm Technologies, Inc.

Tech for Change — Beating visual impairment with dual screens and the APQ8084
Developers: It’s Your 5G Wake-Up Call. Time to Start Designing It into Your Apps.
What’s Going On Inside Your App? Let Trepn Profiler Show You.