Here’s a guest post from Ken Johnson, national director for First Tech Challenge. FTC is a program of local events in which students in grades 7 through 12 design, build and program robots to compete against other teams. This year’s kickoff is on September 12, when FTC’s “Sport for the Mind” extends to software development on Android and the Snapdragon™ processor.

What are you doing to create the next generation of developers?

Most of us are just trying to keep up with technology and build the next killer app or breakthrough smart device. That’s fine, and that challenge will be there tomorrow (and the next day), but think back to what got you interested in being a developer.

Just a few years ago, there were no Android app developers; now there are millions. As a developer, you entered unchartered waters, creating a map as you went. Much of that remains true today, but support for developers has increased, and with it tools and instruction. The challenge now is to engage young people so the next generation of developers can springboard off the great work our generation created. 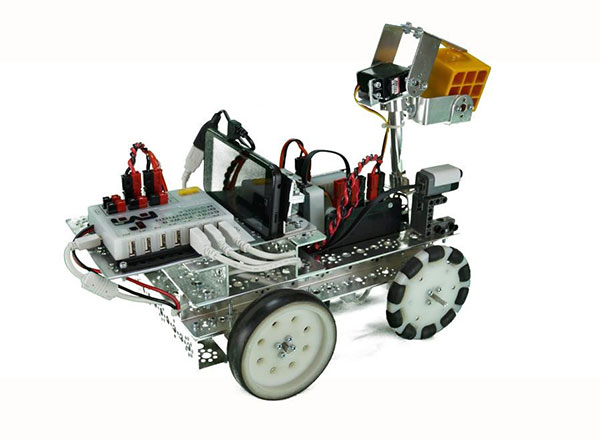 Robotics And Programming Challenge – Sport For The Mind

FIRST® (For Inspiration and Recognition of Science and Technology) believes the way to do this is to engage future developers while they’re still in grades 7 through 12 through competitions we call “Sport for the Mind.”

FIRST Tech Challenge is a program with more than 50,000 participants in in 35 countries. Starting this fall, it will use new robotic platforms powered by Snapdragon® and Android: in the U.S., competitions will use the ZTE Speed and outside the U.S., the Moto G. Participants will hone their skills on the Snapdragon-Android platform, designing and programming robots and competing against other teams.

On September 12, 2015, we’re kicking off the FIRST Tech Challenge 2015-2016 Season Game globally. Teams will start a journey of brainstorming, designing and building their Android-based robot to compete in this year’s game. FIRST’s competitive model has proven itself since the late 1980s. Bringing Android and Snapdragon into the FIRST competition achieves our goal of connecting robotics to the powerful tools these students already know. But more than that, the FIRST Tech Challenge is a big step on the path to fostering the next generation of developers, robotics engineers, programmers, designers and eventually visionaries.

Do you know a student in grades 7-12 who would enjoy programming and robotics?

Would you like to be a mentor or advisor to a FIRST Tech Challenge team?

Do you want to start and guide a team?

Would you just like to see all the tools, resources and ideas young students have at their disposal these days, that you didn’t have when you were learning to program?

If so, then look for the FIRST Tech Challenge 2015-2016 Season Game kickoff event in your area on September 12, 2015. Attending a kickoff event is a great way to start. Have a look at our video for a brief description of how FIRST works.

Or, contact us at [email protected] to get connected to a FIRST Tech Challenge volunteer group near you.