It’s a great time to learn something new. Technologies including the cloud, IoT, machine learning and virtual reality are reshaping entire industries and opening doors to innovations almost unimaginable a decade ago. Some of this is through new technology, and some represents existing technology used in new ways -- an example we recently discussed with the ever-increasing convergence of hardware and software.

With so many opportunities available, the challenge for developers to enhance their skills and expertise is, fortunately, one of choice not accessibility. Today emerging technologies are more accessible than ever. As innovation pressures steadily lower barriers between established areas like embedded, web, and mobile, we’re seeing more developers embarking on new journeys to add new skills and techniques to their arsenal. 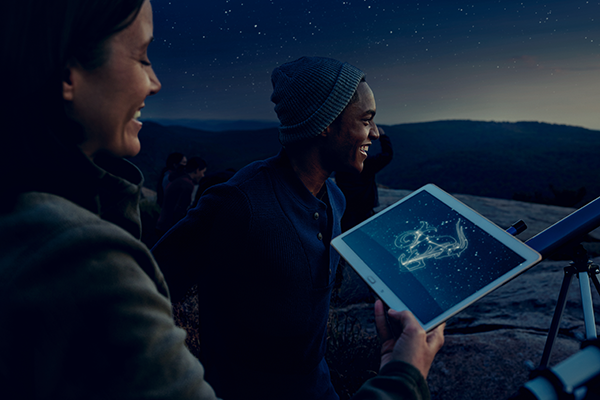 For example, in a recent Qualcomm® Developer Network developer survey, 79% of our developers indicated they were actively extending into new areas or planned to do so in 2017 -- machine learning being the most common direction, and AR/VR being a close second. We see additional evidence of the scale with which developers are adopting new technology with 2017 statistics from Vision Mobile that indicate almost 90% of AR/VR developers have less than two years’ experience in the area.

Our Developer of the Month for May, Joseph Chiu, embraced the journey from embedded systems into IoT. Joseph says, “I have ten years of experience in original design manufacturing. In that time I’ve extended from purely embedded systems to IoT applications that communicate with cloud services. I love to study new tech tools and platforms. The capabilities of hardware have come so far, both in terms of processing power and applications. For me this is best illustrated within IoT.” Of course, learning a new skill doesn’t mean leaving your old expertise behind. Joseph uses his experience in embedded and his new skills in IoT to help others to connect development boards to the cloud.

Improved tools, hardware and platforms are all factors helping make new technologies more accessible. For example, low cost headsets have lowered the barrier to entry for game developers looking to make immersive gaming experiences. And developer boards like the Dragonboard 410c, available from Arrow Electronics, make it easier to connect events detected in the physical world to services in the cloud. With each new area of opportunity, entire ecosystems have emerged in support of making technology accessible for developers.

At QDN our objective is to help developers realize their vision -- this includes making it easier for developers to embrace new disciplines such as AR/VR or IoT. We provide tools and learning resources to help build applications on our hardware, so that you don’t need to do all the heavy lifting when moving to a new area. And as any craftsman can tell you, a good tool is often the difference between a day of inspiration and a day of frustration. The value of good tools when extending to a new area was captured by recent Developer of the Month Aryan Behzadi. Speaking on the development of his company’s mobile AR platform, Triple-E, he says of the QDN tools: “I don’t feel the need to create everything from scratch in order to bring a new idea into the world. In the development of Triple-E, we use FastCV SDK and Snapdragon™ VR SDK to make things easier.”

With the right resources at your disposal, embarking on a new journey to extend from one area of development into another can be a surprisingly natural move.

What do you want create? Let QDN be a trusted resource as you journey into new areas of innovation.

Building Blocks and Skills to Break into AR Development
What’s Next in Image Processing at the Edge with NexOptic
Using Shaders for Realistic Graphics on Mobile
The Evolution of High Performance Foveated Rendering on Adreno
XR for a Changing World: Demos from the hubraum Mixed Reality Demo Day