General Purpose Input Output (GPIO) refers to one or more open-ended digital IO pins found on many electronic devices and circuit boards. As the words "General Purpose" suggest, these open-ended pins can be used for a variety of purposes, most commonly, to collect input such as that from sensors or to assert an output signal to control functionality on other device. Given this open-endedness, GPIO pins are often referred to as "uncommitted pins" since their purpose/functionality is often left up to the developer to determine[1]. 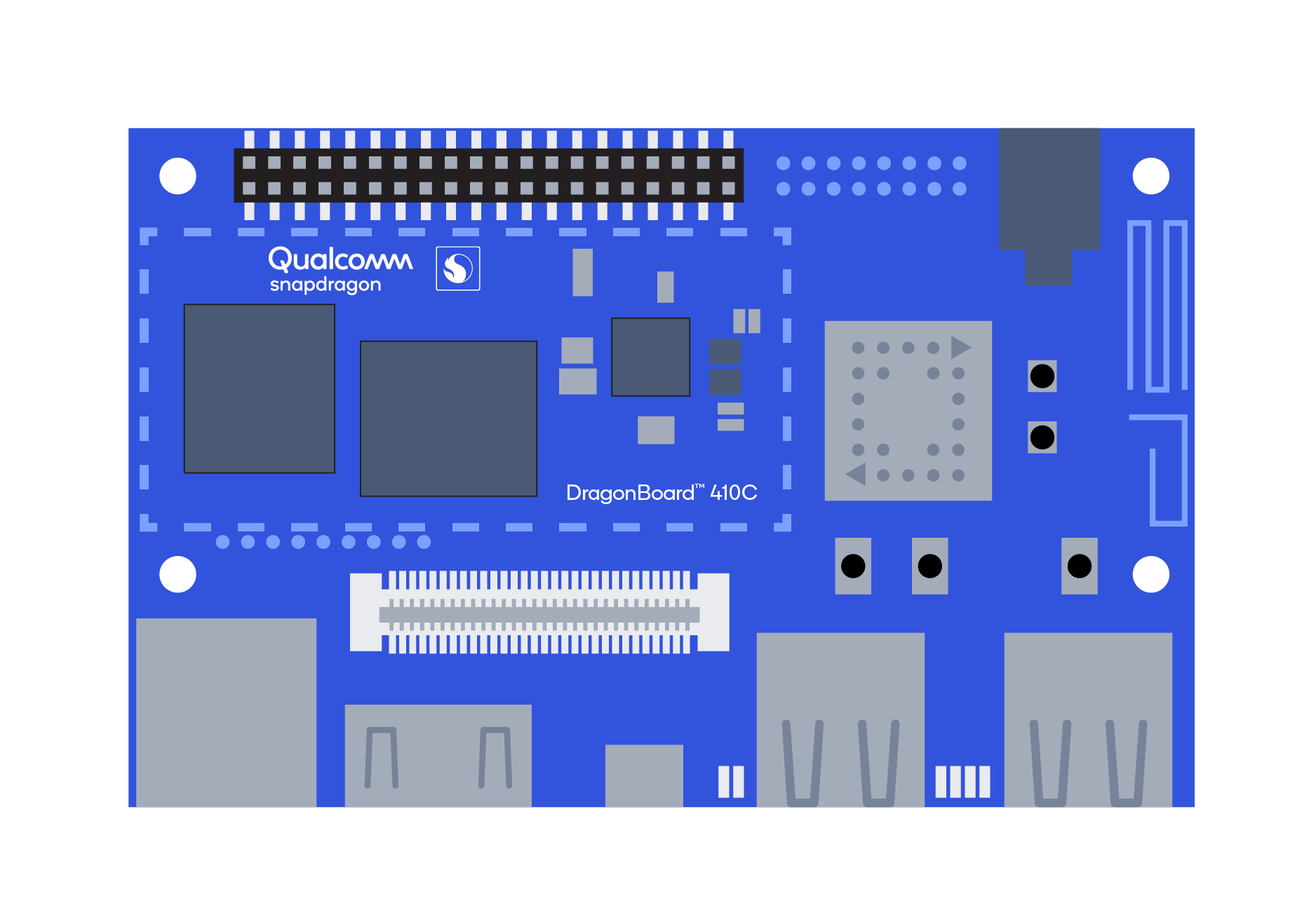 GPIO is found in many use cases ranging from toggling devices like actuators or heaters, to reading the state of an external device’s switch, and even implementing various communication protocols. So with such flexibility, it’s not hard to imagine their significance in embedded systems such as IoT devices and robotics.

With this in mind let’s take a closer look at the characteristics of GPIO and how developers commonly work with it.

Most of Qualcomm Technologies’ system-on-chip products are meant to be integrated onto circuit boards by OEMs who provide board-level GPIO. For example, the DragonBoard 410c development board for the Snapdragon® 400 series processor, features a 40-pin low-speed expansion connector, of which, 12 pins are allocated for GPIO while the other pins are used for power, ground, and other interfaces. 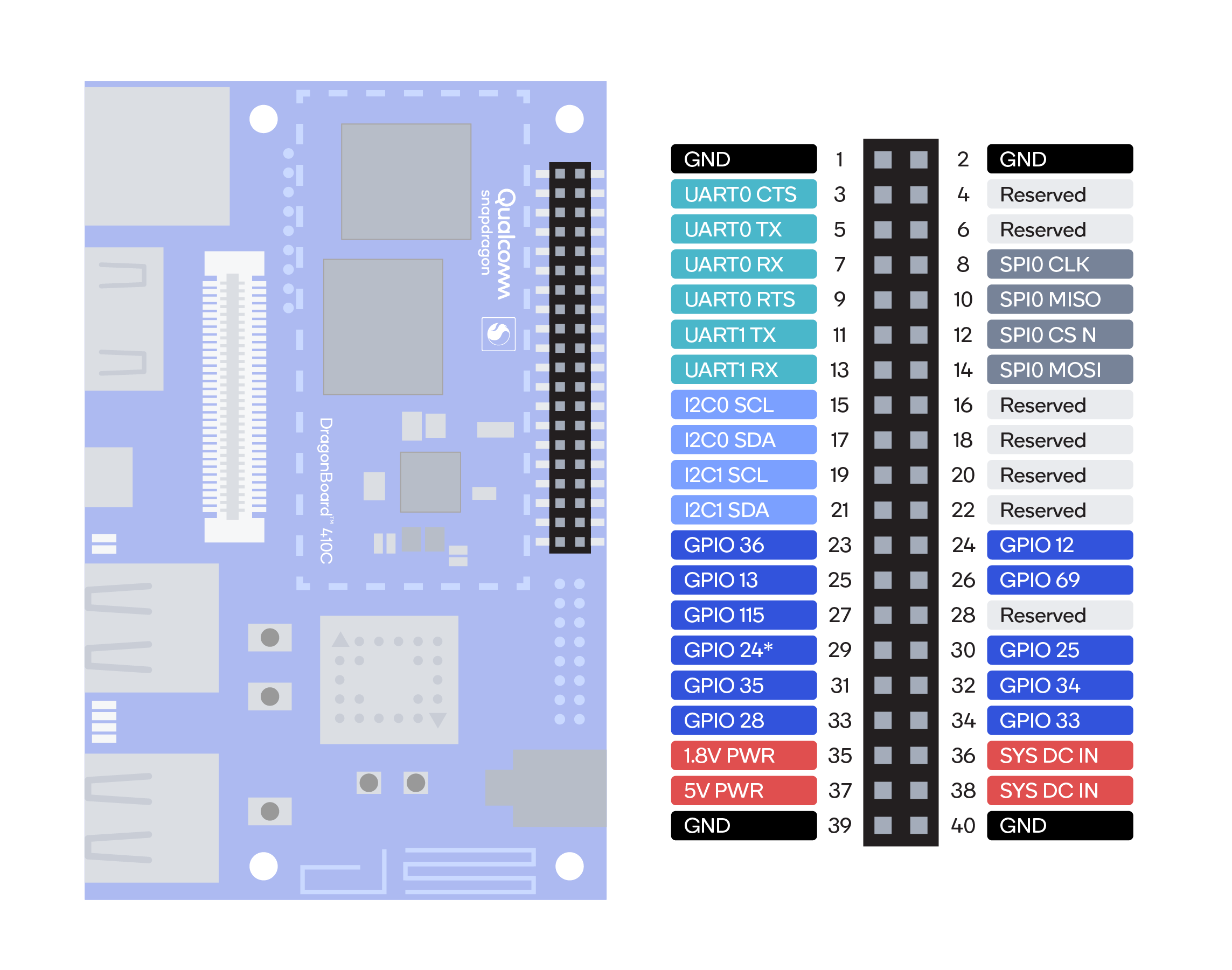 GPIO pins are generally meant for reading and writing signals and not for powering things[2]. They operate at 3.3v, where voltage levels around 3.3V mean on, true, or 1 (depending on the system) and voltage levels near 0V mean off, false, or 0. Methods for reading/writing these values to GPIO pins varies by device manufacturer, and can range from memory-mapped IO or specific hardware-level assembly instructions, to high-level commands or functions in languages like C and Python.

Depending on the API provided by the device manufacturer, developers can generally do the following with GPIO pins:

When developers work with GPIO, they may perform some or all of the following tasks: 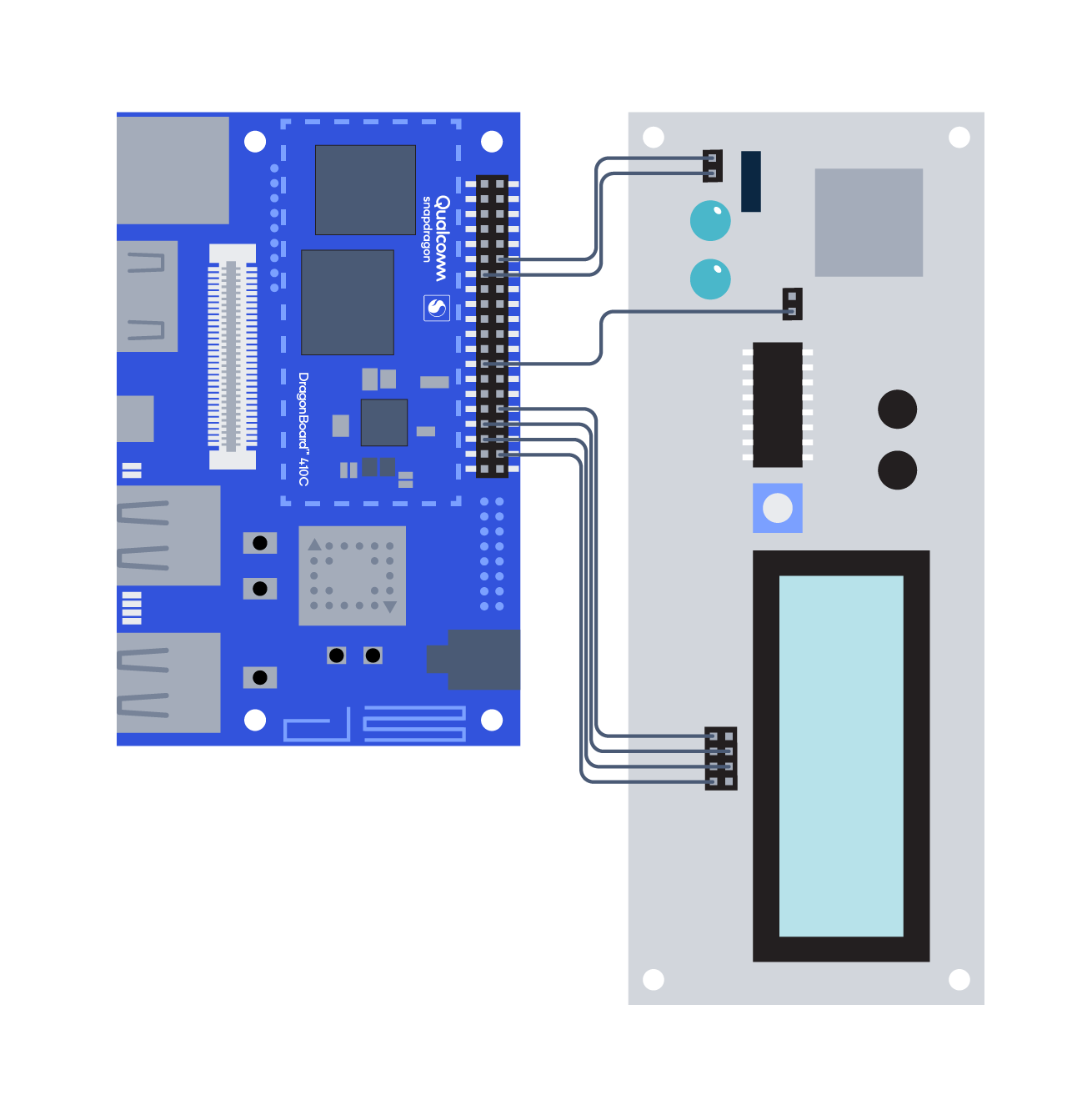 Once these tasks have been completed, it’s then just a matter of implementing business logic to work with GPIO signals.

GPIO is a rich digital IO mechanism through which embedded systems can gain information about the real world and control other devices. Now that you know a bit more about GPIO, check out some of other Qualcomm Technologies platforms and development kits that support GPIO functionality:

Also, be sure to check out our IoT Merchandise Cart project which uses GPIO in conjunction with sensors to detect changes in product inventory.

Cloud Connectivity Planning Considerations for IoT Edge Devices
Smart Sensors II – How Adding AI Can Predict the Future for IIoT
Embedded IoT Device Protection: Physical Protection for the Real World
Voice Isolation Technology: A Feature That Speaks for Itself
2G/3G Sunsetting is now in Full Swing – Are you Prepared?