The lifecycle of traditional software is arguably quite straight forward. At its simplest, you develop, test, and deploy the software, and then release a new version with features, updates, and/or fixes as needed. To facilitate this, traditional software development often relies on DevOps, which involves Continuous Integration (CI), Continuous Delivery (CD), and Continuous Testing (CT) to reduce development time while continuously delivering new releases and maintaining quality.

When it comes to machine learning (ML) modeling, it’s easy to think that the ML workflow follows a similar pattern. After all, it should just be a matter of creating and training the ML model, deploying it, and releasing a new version as required. But the environment in which ML systems operate complicates things. For starters, ML systems themselves are inherently different from traditional software due to their data-driven, non-deterministic behavior. And as recent global events have highlighted, our world is constantly changing, so ML practitioners must anticipate that the real-world data on which production models infer, will inevitably change too.

As a result, a special kind of DevOps for ML has emerged, called MLOps (short for machine learning and operations), to help manage this constant change and the subsequent need for model redeployments. MLOps embraces DevOps’ continuous integration and continuous delivery, but replaces the continuous testing phase with continuous training. This continuous training of new models, which includes redeployment of those new models and all of the technical efforts that go along with it, aims to address three notable aspects of ML projects:

Continuous training, and indeed MLOps in general, embrace the idea that the model will constantly and inevitably change, which means organizations implement MLOps strategies and tactics to varying degrees.

As MLOps have evolved, a number of organizations have put forth frameworks for best practices. One prominent example is Google’s MLOps guidelines which describes three levels of MLOps implementations adopted by organizations: 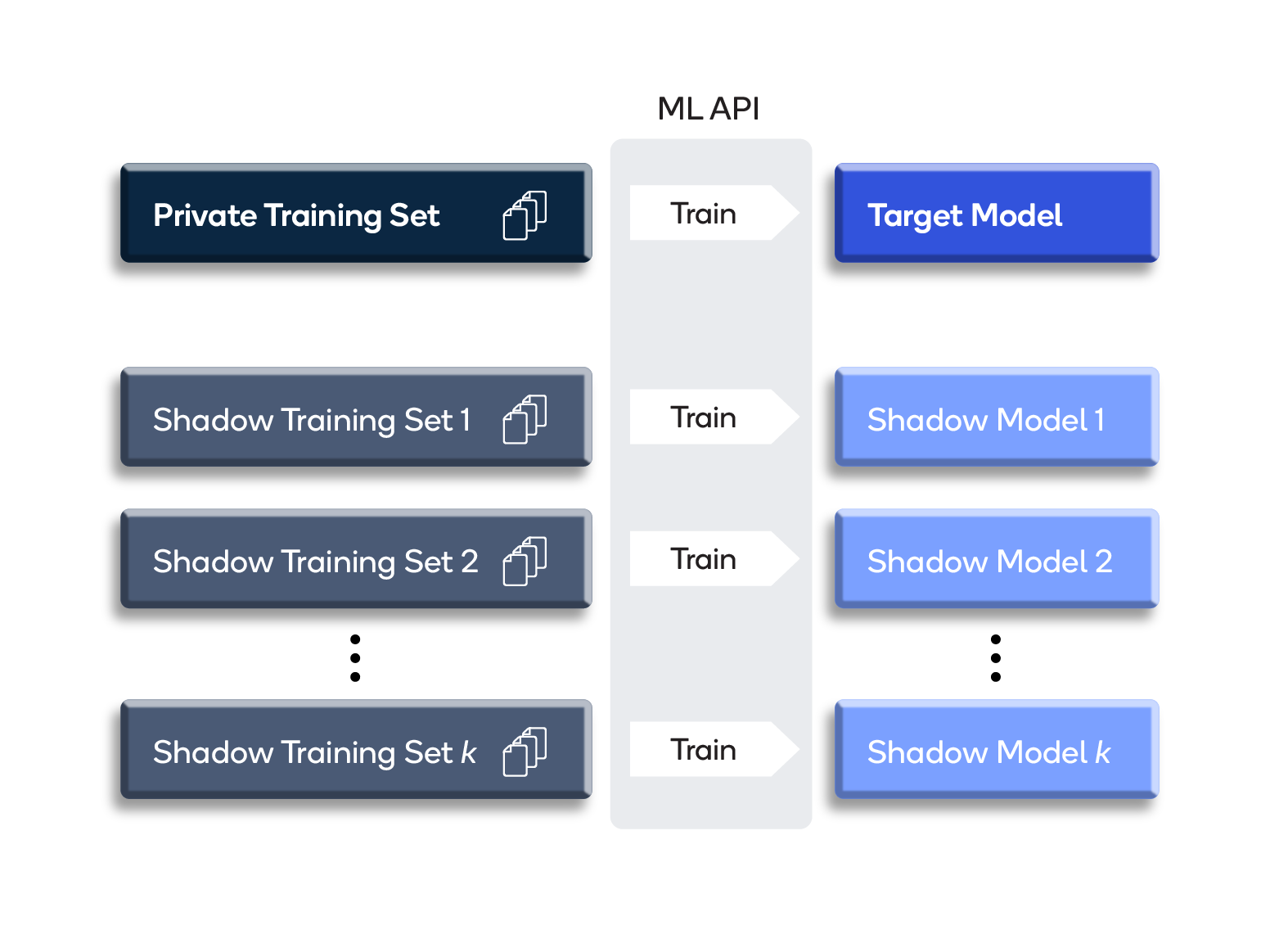 Figure 1 - A visual depiction of parallel training of shadow models on different datasets. Each model is a potential candidate to become the new production model.

To better understand how and when these different levels of MLOps can be implemented, consider the following examples.

A simple example is a robot at the end of an assembly line, that uses computer vision powered by ML to analyze and package up products. The ML model may have been trained to recognize square and rectangular boxes of a limited range of sizes. However, the business will now introduce new shapes and sizes for its packages, so a new ML model is created and deployed. In this scenario a development team at MLOps level 0 would manually create, train, and deploy a new model, pre-emptively before the new types of packages start rolling down the assembly line. Given the limited domain of the robot’s capabilities, this level of MLOps may suffice.

Consider a mobile app for speech recognition that can sense or identify context (e.g., tone or emotion) based on how people speak. Over time, new phrases and slang come along, and the general style of how people talk changes. In this scenario the ML model will likely exhibit model decay over a long period of time.

This is an example where the guidelines of MLOps level 1 could potentially help. Under MLOps level 1, a system could be run on the device, to monitor the model’s predictive performance. If performance approaches or falls below a threshold, the system triggers an alert to the team that a new model should be trained using fresh data, and then deployed to replace the production model.

Recently the price of oil entered negative territory. If the ML model makes predictions based on the price of oil but has only been trained with positive prices, how will it perform when it suddenly encounters a negative price? In this situation, team members will need to be alerted to the problem immediately, and must be in a position to quickly train and redeploy a new model.

Here, an implementation of MLOps level 2 could be beneficial. At this level, much of the pipeline for training and deploying a new model has been automated, so data scientists should be able to handle most or all of the pipeline without developer assistance. Moreover, the degree of automation should allow them to focus updating, training, and deploying a new model as quickly and as reliably as possible.

Integrating Snapdragon into a MLOps Pipeline.

Snapdragon® mobile platforms, along with the Qualcomm® Neural Processing SDK for artificial intelligence (AI) are well positioned for MLOps. First, devices based on Snapdragon not only host the model, but also run it for inference using the most optimal built-in compute resource. Second, our Neural Processing SDK for artificial intelligence (AI) that developers use to optimize and load models onto Snapdragon mobile platforms can be integrated into the MLOps pipeline to facilitate the model deployment process.

The general process for working with the SDK in the context of the ML workflow is as follows:

Figure 2 - The basic workflow for integrating the Qualcomm Neural Processing SDK into the ML app.

In the context of MLOps, steps 1, 2, and 4 from above would be repeated throughout the product’s lifecycle as model updates are required. And depending on the level of MLOps that has been implemented, developers may build additional entities such as monitoring tools, that run on Snapdragon platforms to gauge the model’s predictive performance. They may also build some sort of alert and/or trigger that can start a new iteration of the ML workflow.

Using the SDK for MLOps

The following diagram illustrates where these tools can be deployed in the ML workflow: 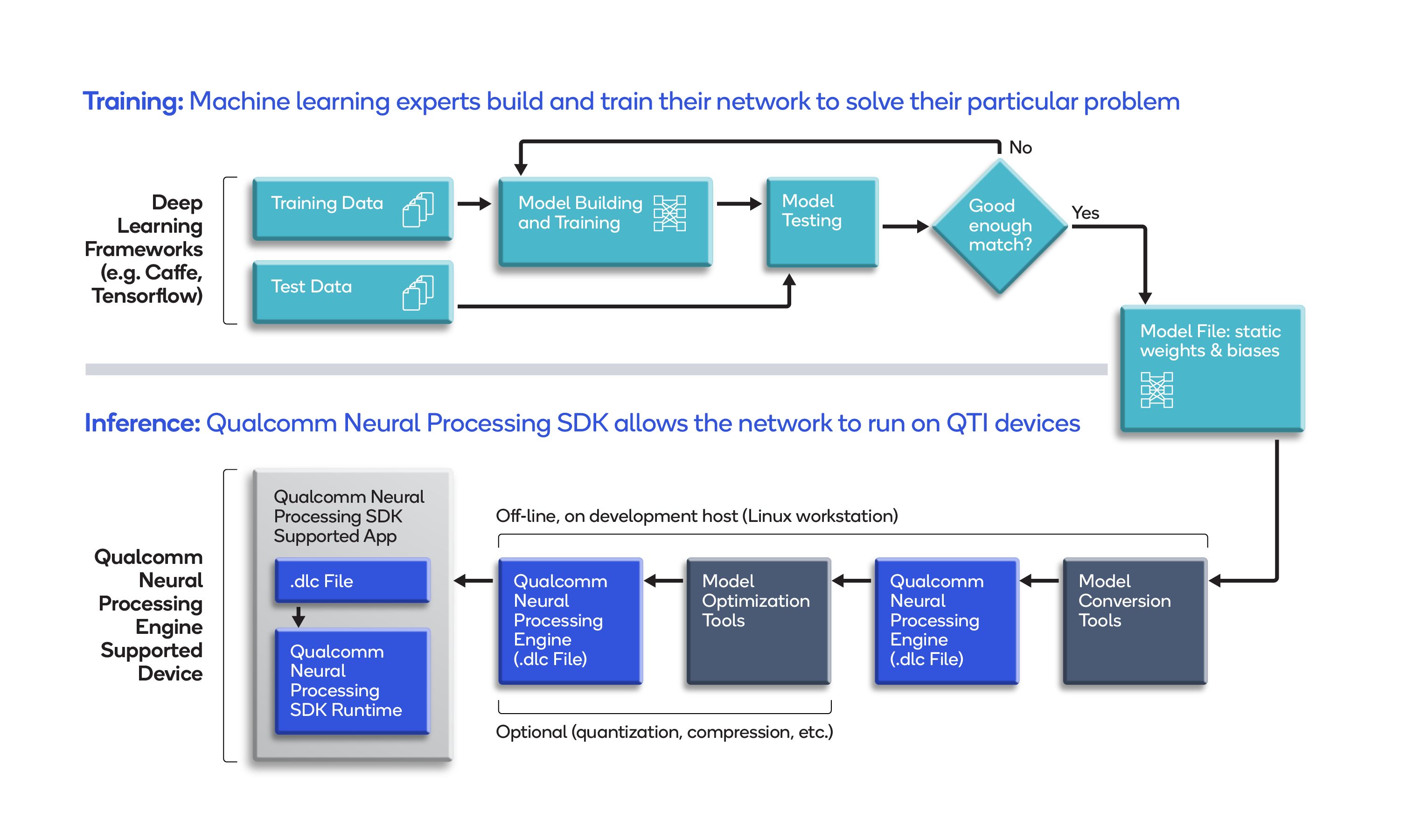 Figure 3 – A more detailed view of the role of the Qualcomm® Neural Processing Engine (NPE) SDK in the ML workflow.

In the upper half of the workflow, the ML model is trained in the ML framework. In the lower half of the workflow, the SDK’s command-line tools are used to convert the model to DLC format, and optionally, optimize the model for the Snapdragon-powered device. In the context of MLOps, it’s these command-line tools that would be invoked either manually or as part of automated build scripts.

Developers can also implement different methods to reload a new model into the Qualcomm AI Engine supported app running on the device. One method is to run services on the device that automatically pull down the new model and restart the Qualcomm AI Engine supported app (or even restart the whole device) with a new model, but that could disrupt service while the restart is in progress. Alternatively, the app itself could watch for the presence of new DLC files at runtime, and re-invoke the Qualcomm NPE APIs to load the new model. Yet another option is to use a push approach, in which over-the-air updates initiated by a server push a new model to the device.

Depending on the app’s architecture, each of these options may incur different levels of downtime as the model is deployed and the app switches to using it. Developers will therefore need to weigh the complexity of implementing each technique, with the potential downtime required to deploy a new model.

ML systems are inherently different to traditional software because they are non-deterministic, and operate in a world of constantly evolving, ever-changing data. But thanks to formal methodologies like MLOps, developers have the tools they need to strategize and implement robust ML solutions.

With ML gaining such prominence in edge computing, and our Snapdragon mobile platforms powering ML on so many devices, it’s exciting to see how our hardware and SDKs can support developers in implementing MLOps.

Why Snapdragon Spaces is a big deal for AR Development
Dreams of Sci-Fi: How the Ideas of Yesterday Become the Reality of Today
A Virtual Boost in VR Rendering Performance with Synchronous Space Warp
AR and Snapdragon Spaces: From Theory to Practice
Snapdragon Spaces: An OpenXR Implementation for Developing Headworn AR Experiences