What’s the simplest way to go from IMPOSSIBLE to POSSIBLE?

Well, you could just walk across the room and knock down the I and the M: 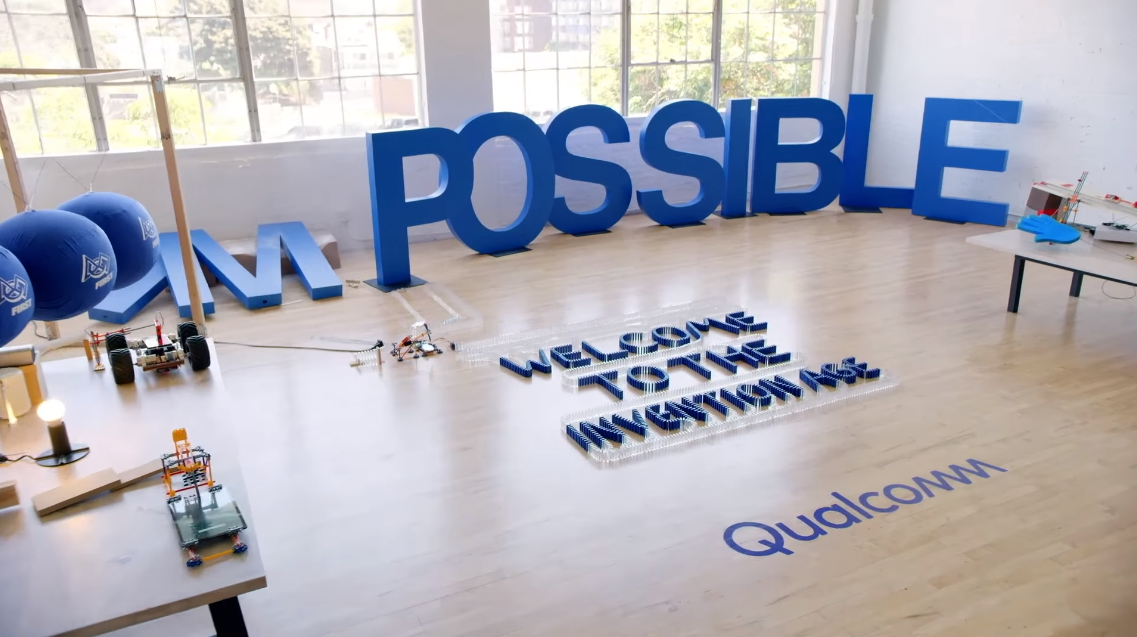 If you’re among the more than 570,000 students worldwide who belong to FIRST, a community that gives young people opportunities in science, technology and engineering, you don’t just walk across the room to do anything.

Instead, you build a machine to do it for you, and you can have a look at the result: a three-minute video called Rube Goldberg Meets The Invention Age: 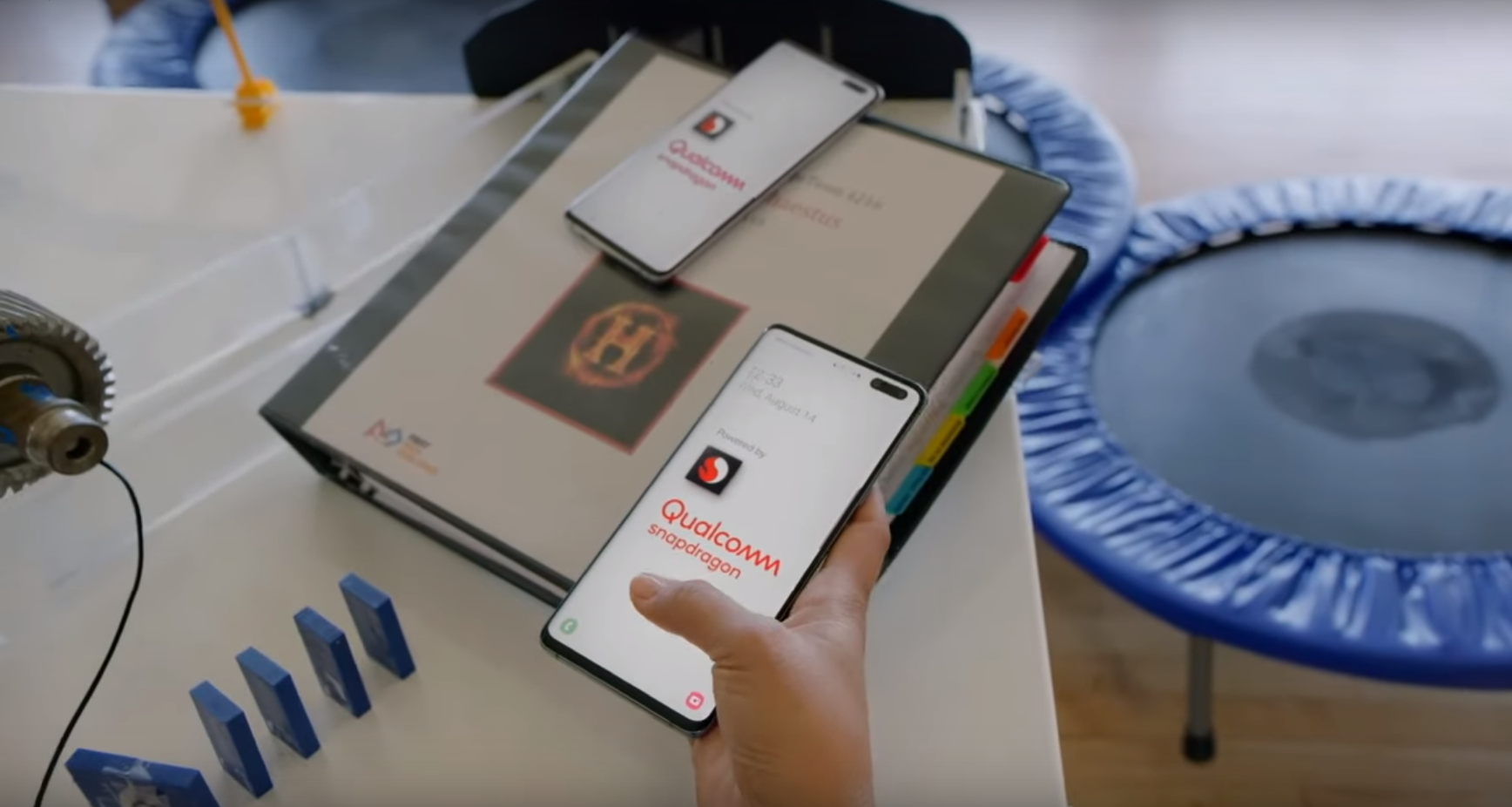 Qualcomm Technologies, Inc. (QTI) decided to celebrate the kickoff of the 2019-20 season of the FIRST Tech Challenge and the arrival of the Invention Age. We asked a team of FIRST students to build a Rube Goldberg Machine that would celebrate our shared spirit of breakthrough inventions and make the impossible possible.

Rube Goldberg was a cartoonist renowned for drawing machines that accomplished simple tasks like turning off a light or extracting a tooth. But to do it, the machines connected animals, strings, poles, levers, pulleys and other objects in ridiculously complex chain reactions.

This project started as a collaborative effort between the Marketing and Corporate Responsibility groups within QTI. Our company has been associated with FIRST since 2006 through corporate sponsorship, the active, hands-on involvement of employees, and integration of our technology in FIRST Tech Challenge robots. We’ve built a strong relationship that has helped introduce us to hundreds of FIRST students and exposed them to mobile computing and communications.

We filled a room with a handful of FIRST students and mentors, domino artist Lily Hevesh and chain-reaction machine expert Steve Price. Then we gave them smartphones, tablets, and an ACPC powered by the Snapdragon® mobile platform, development kits based on QTI technologies, boxes of dominoes and hundreds of maker parts (not to mention some bowling balls and trampolines).

I had the privilege of participating in the project and helped in the building of the Qualcomm® QCA4020 Development Kit into the chain reaction. Below, I describe some of the project highlights and back-stories.

From 1:06 to 1:13 in the video, you see a toy car roll down a track as three light bulbs come on in sequence. At the bottom of the ramp, the car pushes a yellow cube into a robot’s mouth. Then the robot lifts the cube to the next step in the chain reaction. 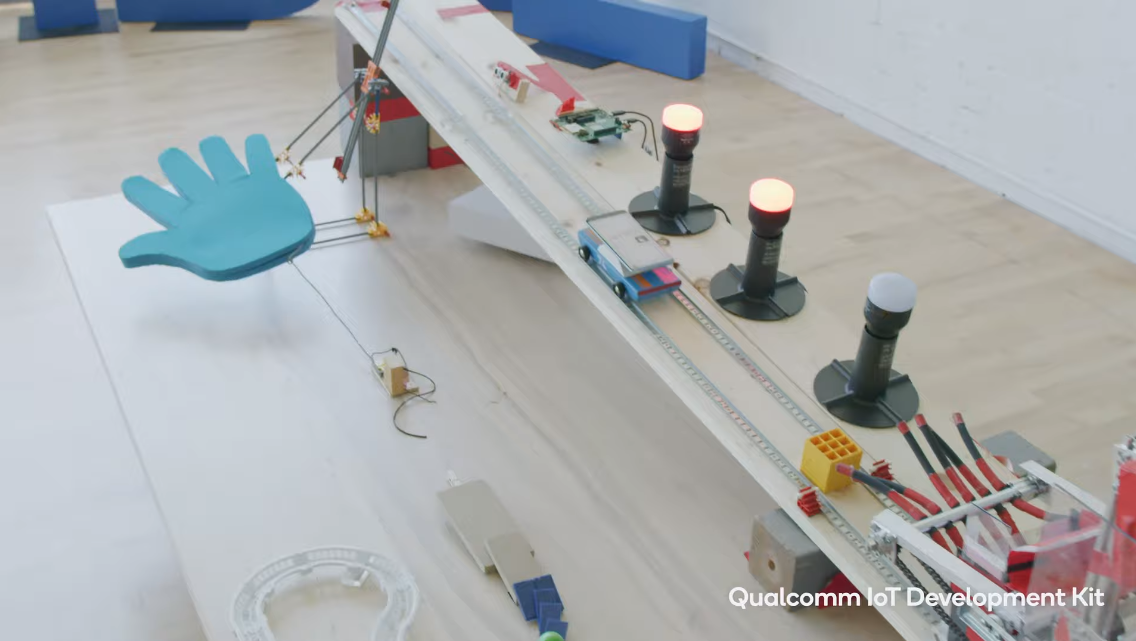 Like almost everything in engineering, there are several hours of work and back-story behind those few seconds of action.

Early on, the designers wanted to incorporate the QCA4020 Development Kit. I showed them Center Stage, a demo project that uses a sensor on the QCA4020 board to detect motion, then changes color patterns on Bluetooth low energy (BLE) light bulbs. That inspired them to use sensors to detect the car as it rolls down the ramp, then switch on the light bulbs in sequence. The car would push the cube into the robot and the machine would continue.

Of course, the reality is not as simple as that. Here’s what’s going on in those few seconds:

So, with minor changes for the sensor type and the keep-alive packet, we managed to reuse the Center Stage demo as it is on the Projects page of Qualcomm Developer Network.

It’s not the simple way. But it is the FIRST way.

Near the end of the chain reaction is another sequence built around the QCA4020 Development Kit, this one based on the Home Control project. A device drops a stylus onto a Snapdragon phone, which then sends a BLE packet to a QCA4020 board. The board triggers a servomotor that keeps the domino-topple chain reaction going. Although it’s not visible in the video, it’s another good example of combining the smartphone and the board.

Besides the Snapdragon phone running the robot described above, several others are controlling robots at different points in the chain-reaction machine. At 1:20, a Snapdragon phone mounted on a robot performs visual tracking using computer vision to recognize objects through the phone’s camera. It then connects over Wi-Fi to the control port in the robot to guide its movement across the floor. 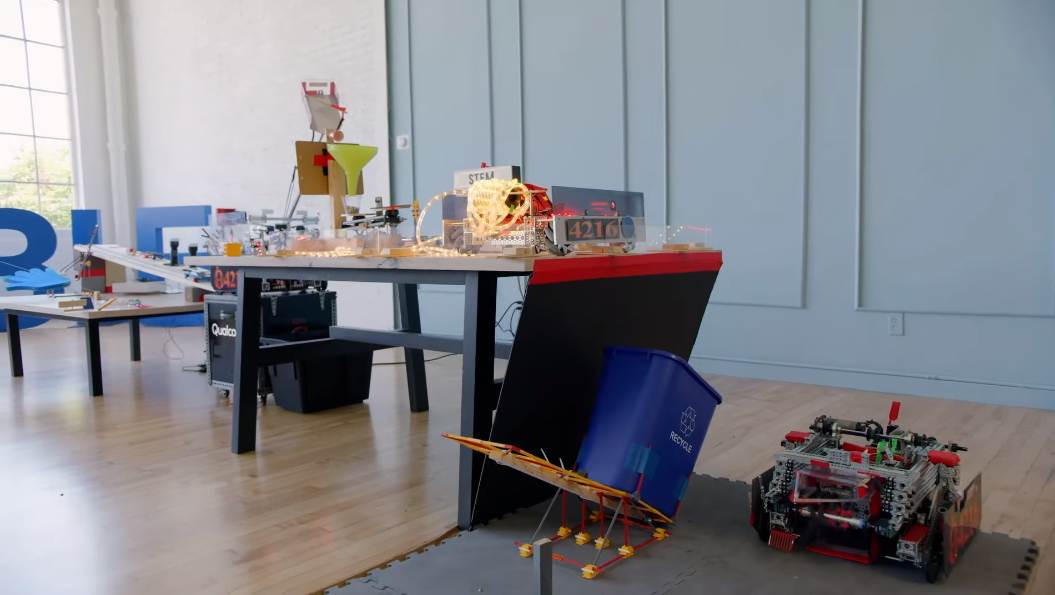 The main roles of Snapdragon phones in this project are camera input, image processing and recognition, then actuation, such as moving an arm and turning wheels. The phones are used for compute power and Wi-Fi rather than for cellular communications and social interaction.

Also, we wanted to build the QCA4020 board into the machine because we knew that its SDK is accessible and easy to use.

The QCA4020 Development Kit is a powerful board with multimode (Wi-Fi, BLE, Zigbee, Thread) functions that are hard to come by in a single package. As you can see from our Projects page, you can use the kit for a variety of IoT and automation use cases. This chain-reaction machine is an example of something we did that was fun.

Have a close look at our playlist, Rube Goldberg Meets The Invention Age, to get your own creative juices flowing. And watch the behind-the-scenes video to understand how we integrated the board.

Snapdragon and Qualcomm QCA4020 are products of Qualcomm Technologies, Inc. and/or its subsidiaries.