Whether you’re evaluating hardware components for your next project or trying to plan for 5G, it’s essential to have a basic understanding of how wireless signals work and how existing cellular networks function. With this knowledge, you can make better decisions about your connectivity requirements, and have the foundation to understand emerging connectivity standards.

With that in mind, let’s take a look at some of the fundamentals that have helped shape our world through wireless cellular connectivity.

The underlying physics that make wireless communications possible are the electromagnetic waves that travel through the air. These waves are generated by an electrified piece of metal such as an antenna, which forms the waves as it becomes energized.

One of the main properties of these waves is their frequency, which refers to how fast they can oscillate. The whole range or radio spectrum (the radio spectrum is just one of many frequency ranges found in the electromagnetic spectrum) of frequencies available for radio devices, ranges from 3kHz to 300 GHz, while traditional usage has ranged from around 10 MHz to 5GHz for various applications.

The start of a frequency range (e.g., 2.4 GHz) within the radio spectrum is known as a band. Various frequencies within each band are allocated as channels on which communication can take place. For example, in the 2.4GHz band there are 14 channels. Channel 1 is allocated to 2412 MHz, channel 2 is allocated to 2437 MHz, and so on all the way through channel 14 which is allocated to 2484 MHz.

Unfortunately, radio-based communications have one main challenge in that channels may overlap. This occurs because the signals carried by a given channel’s designated frequency are also carried by surrounding frequencies to varying degrees. When depicted as a graph, these sub bands of frequencies for the channels and the degree to which the various frequencies in each sub band carry a channel’s signal, appear as a series of humps:

Figure 2 - Visualization showing the frequencies allocated to channels 1, 6, 11, and 14 in the 2.4 GHz band. Note the ranges of frequencies surrounding each of those four channels, which also carry the channel’s signal to varying degrees.

This means you may not be able to use all or even certain ranges of channels at same time, because the sub bands of consecutive channels may overlap and cause interference. This can be seen in Figure 3 which depicts the overlap of the sub bands for channels 1, 3, and 6:

Figure 3 – Visualization showing the overlap of the frequencies surrounding channels 1, 3, and 6.

Fortunately, other bands like the 5GHz band are much wider, allowing for significantly more channels which don’t overlap, so it can be easier to find non-interfering channels for your device’s purpose. When designing or choosing a device for use in a given region, be sure to identify the channels used most in that region to avoid channel overlap.

The usage of these bands and channels is typically regulated by governments, and thus spectrum management is a complex and significant topic in its own right. While evaluating a wireless device, it is important to understand the regulations of the locale(s) in which your device is intended to operate to ensure it conforms with the designated spectrum usage for that area. For example, the 2.4 GHz band has 14 channels, but in the US, channels 12 through 14 can’t be used for Wi-Fi because they’re used by TV and satellite services. In other words, your mileage may vary!

On top of this, different ranges of frequencies have different attributes which make them better suited for certain applications. For example, lower frequencies can pass through walls fairly well and can propagate quite far in a given environment, while higher frequencies generally have more bandwidth to carry more data but may not propagate as far. One of the exciting aspects of 5G is the ability to make use of higher frequencies than have not been used in the past.

The other main aspect of these waves is their modulation, which refers to the variation of the wave’s frequency and amplitude. This variation makes signals from different types of devices incompatible (e.g., an FM radio signal and Wi-Fi signal cannot be used to communicate between the respective types of devices).

Figure 4 - Visualization of frequency modulation for an analog signal.

Various schemes such as Phase-shift keying (PSK) modulate frequencies (these modulated waves are often called a carrier signal or carrier wave) using discrete signals to facilitate digital modulation for the transmission of digital data. When designing or choosing a device, it’s important that you identify the type(s) of modulation method(s) employed in a given network architecture, to ensure compatibility and optimal performance for your application.

Over the years wireless signals have been used for all sorts of applications including radio and television, but it was the invention of the cellular network that made it possible to exchange voice and digital data almost anywhere in the world.

A cellular network consists of partitioned areas called cells or cell sites distributed over a wide geographic area. Each cell site consists of one or more transceivers (usually in a base station) that provide radio coverage for its area. A cell site is assigned multiple frequencies that differ from adjacent cells, to avoid interference and ensure adequate quality of service. Consequently, a typical cellular device (e.g., mobile phone) transmits signals at just enough power–usually 0.6 or 3 watts–to operate in the current cell, thus reserving other signals further out for other callers. The cells are also connected to phone exchanges which allows communications with land lines and access to the Internet.

The cells are placed adjacent to each other to provide radio coverage over a wide area, and hand off communications with mobile devices that are moving across cells (e.g., a cell phone in a moving car). During handoff, the base station typically searches for and selects a new channel for the mobile device. The base station then commands the device to switch to the new channel and switches the call to it. A system may also support soft handoffs where a mobile device sets up radio links with multiple cell sites.

The placement of cells requires careful planning by communication providers who must take into consideration many factors including terrain and reception characteristics. Cells are typically shaped as hexagons but can also be squares or circles. Regardless of their shape, their signal coverage usually overlaps that of adjacent cells to ensure that users are always within range of coverage. The range of a cell can also vary widely from about 10 meters to over 25 miles, depending factors like its configuration, size, surrounding environmental characteristics, etc. In addition, cell repeaters may be employed to extend coverage in larger areas. 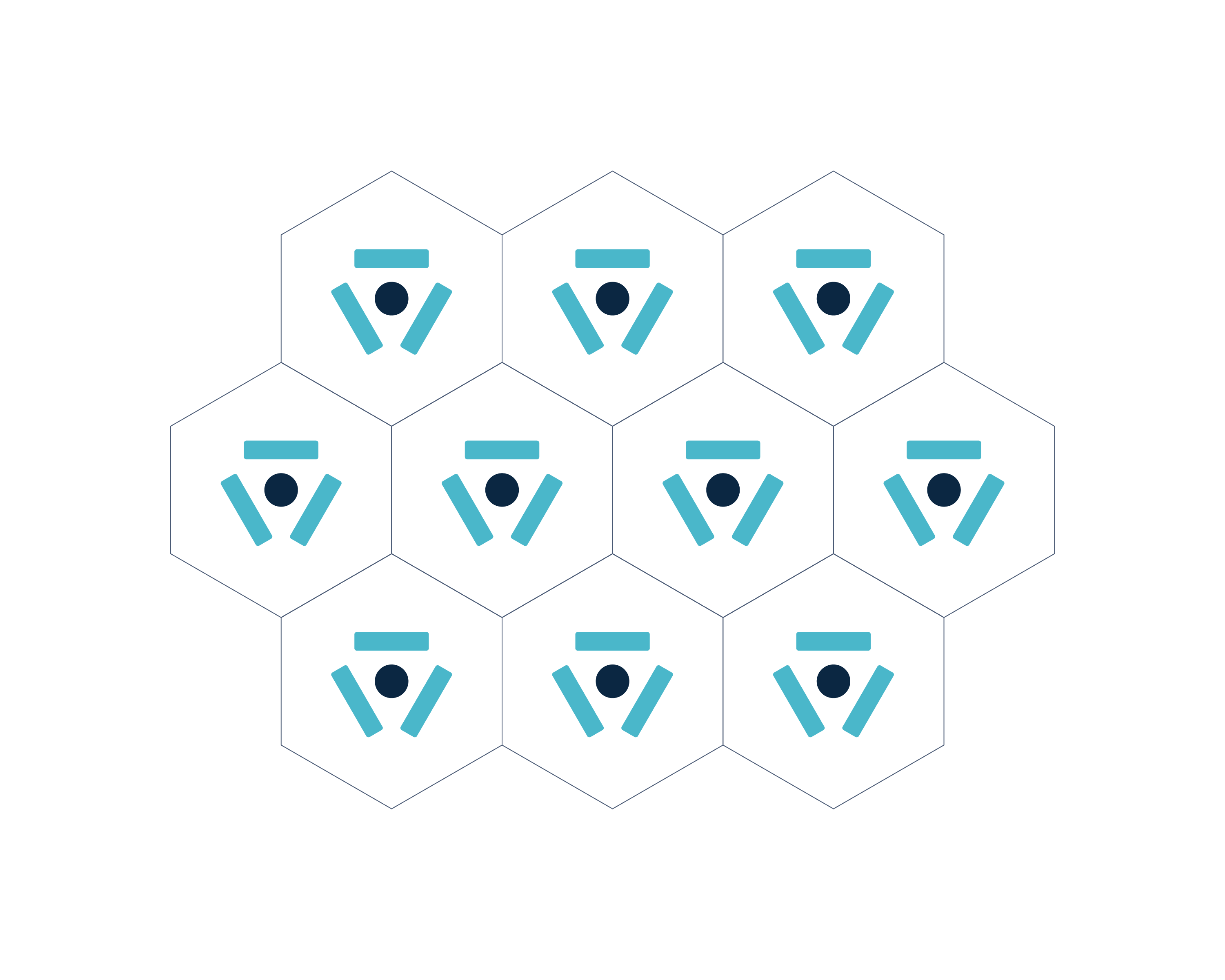 The towers in a cell network can use directional or omni-directional transceivers. Directional antennas can be sector antennas, which send out pie-shaped waves of a certain angle, or focused antennas which send out narrow beams. For example, cells with high traffic are typically configured with their towers at the intersection of three hexagons, and each are equipped with three directional antennas aimed in three directions. In this configuration each antenna provides 120 degrees of coverage for a total of 360 degrees, and each receives and transmits into neighboring cells at different frequencies.

Cellular networks are used for mobile device communications because radio frequencies are a limited shared resource, and the cellular architecture has been designed to share this resource across wide geographic areas and amongst many devices.

To standardize cellular network communications, there have been a number of specifications developed over the generations of cellular technology including GSM, GPRS, EDGE, UMTS, LTE, and now 5G NR (note: these standards are overseen by the 3rd Generation Partnership Project). The introduction of GSM with 2G arguably defined many of the core elements we recognize in our cellular networks today.

Collectively, such standards not only define the architectures for their respective generations of cellular networks, but also the technologies and approaches that fulfill the responsibilities of these systems including:

Cellular networks have evolved significantly over the generations, with each generation resulting in new specifications, technologies, and solutions. Moreover, cellular networks have gone on to become the underlying connectivity platform for new applications including IoT devices, robotics, virtual and augmented reality, and mobile gaming. And now, 5G is taking shape and ushering in new possibilities like the invention age, thanks to its promise of faster speeds, lower latency, and the use of previously-untapped frequency bands.

So now that you’ve had an overview of the basics, test your knowledge by heading over to our mobile processors page and checking out some of the cellular specifications on devices like our Snapdragon® 855+ Mobile Platform. Our Connectivity page on QDN also reviews the range of tools we have for short and long range connectivity technologies. Be sure to stay tuned to QDN, as we’ll have more discussions about wireless technology and the evolution of 5G.