“I didn’t know you guys and Epic Games are working together.”

I’ve heard that at a few of the conferences and shows I’ve attended recently, so I’ll describe our collaboration in this post. Most game developers know about Epic’s Unreal Engine 4, and most mobile developers know about the Adreno™ GPU in the Snapdragon® processor from Qualcomm Technologies Inc. (QTI), but not everybody has seen the outcomes of our work together.

“This Is On A Mobile Device?!”

Epic’s Unreal Engine 4 (UE4) is a suite of development tools you can use to build games for everything from low-end mobile devices to beefy hardware like the PC, Xbox 360 and PlayStation 4. Niklas Smedberg, a senior game programmer at Epic, says he and his team pride themselves on giving artists and game designers the tools like motion blur, full-scene HDR reflections, soft shadows, depth of field and realistic interior lighting to make graphics look as realistic as possible.

UE4 demands a lot from the graphics hardware, so imagine Smedberg’s surprise at seeing the Paris Apartment virtual tour demo, built using UE4 , run perfectly on a pre-commercial Snapdragon 820 Mobile Development Platform (MDP) with the Adreno 530 GPU. “When I saw that for the first time,” he says, “it blew my mind. ‘This is on a mobile device??’ It was hard to believe.” 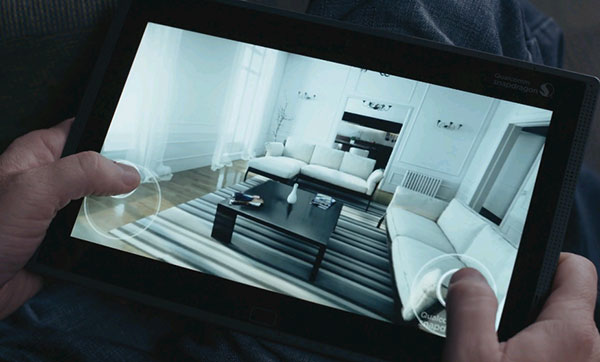 So Epic and QTI are taking rich content created for UE4’s deferred render system, which normally runs on console devices and PCs, and running it on mobile. Smedberg is pleased that development time on Adreno is short, allowing his customers to get a game running sooner and then polish it over time.

The Zen Restaurant demo is another proof of concept on which Epic and QTI worked together. It’s an architectural visualization of an ultra-modern restaurant, designed to appeal to graphics programmers and to show the potential of UE4 on mobile. “Adreno’s ability to switch between retained mode rendering and direct rendering is what makes it so powerful to us,” says Smedberg. 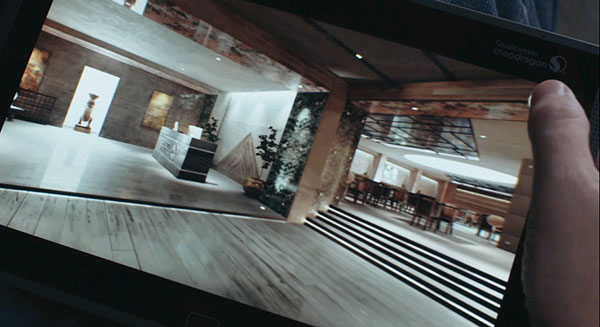 Dan Archard, senior staff engineer with QTI, says that the realism of the Zen Restaurant demo is striking. “We thought it would be a good idea to capture the cool feel of a modern restaurant,” he says. Archard notes that the Adreno team listens to what game developers envision for consoles in their future roadmaps. “We follow them as closely as possible so we’ll always have mobile hardware that’s catching up. It helps put us ahead of the game.”

That’s how QTI and Epic Games are working together to make art and tech come to life.