Qualcomm® Developer Network March Developer of the Month is our VR Developer Challenge winner E McNeill from San Diego, California. His strategy game Astraeus, named after the Greek god of dust and twilight, requires the user to gather resources from a 3D network of bases. The game relies heavily on Six Degrees of Freedom (6DoF) so that the user can fully understand the relationship of resources, bases, and ships.

E is a game designer who entered the indie game development scene 5 years ago. In 2013 he got his first VR headset and quickly fell into the role of a “VR guy”. As a solo developer he has to cover all of the bases: design, art, and code. He recently wrote a blog post with his 5 Tips for Winning a Developer Challenge. 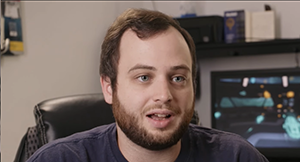 What do you like about working with Virtual Reality (VR)?
With VR, I get to be a part of the birth of a new medium. A lot of the “best practices” haven't been figured out yet, and it's exciting to try to discover what works. I’m hoping that VR turns out to be the kind of platform that requires us to invent new genres and modes of interaction. Besides, VR is just nifty.

What are some development tools and resources you can’t live without?
I'm forever falling deeper and deeper in love with the Unity game engine. For Astraeus, there were very strict rules about where we could get game assets, but we were allowed to spend a few hundred dollars in the Unity Asset Store, and I was able to find an incredible amount of material with just a fraction of that budget.

How was your experience working with Qualcomm VR technologies?
My experience in the VR Developer Challenge was amazing. With the Snapdragon™ 835 mobile VR headset, as well as the SDK and software accompanying the headset, I was able to make a VR app with features that weren't available on any other platforms.

I was nervous to be part of a reality show, but Qualcomm helped make it a smooth ride, and I especially enjoyed the way it ended!

I now have another headset based on the Snapdragon 835 platform, and I plan on making it work with Astraeus and all my other VR games! 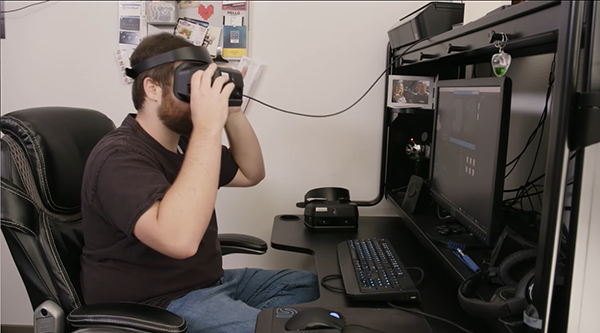 What does six degrees of freedom (6DoF) allow you to do that wouldn't be possible otherwise?
6DoF tracking influences the design of VR apps in a bunch of ways both large and small. When the player can move around, you can create more complicated 3D layouts of objects, since you don't need to worry so much about one thing being hidden behind another. You don't need to worry so much about readability, since the player can physically approach something if they want to see it more clearly. You don't need to worry so much about objects being uncomfortably close to the player, since they can just move away. But beyond these little conveniences, there's a whole range of new interactions that the technology unlocks. The player can look around corners or inside containers, dodge around obstacles or projectiles, and literally get a different perspective on any object they encounter. These new verbs can support new games that just aren't possible otherwise.

How does 6DoF change your design philosophies?
My design philosophy is always to try to achieve a happy marriage between the gameplay and the hardware. When you throw 6DoF into the mix, it presents a challenge: how do you take full advantage of this new feature? How do you make a game that feels like it "fits" with this hardware? Sure, there's lots of new things you can do in the game, but that only provides a starting point, not a final answer. And since it would be a letdown if I didn't make good use of the new features, the new technology constrains the possibilities as much as it expands them. Thankfully, constraints are the catalyst of creativity, and it's a lot of fun to brainstorm new gameplay with a focus on the freedom that 6DoF tracking provides.

You can follow E McNeil’s game development journey on his website and on twitter @E_McNeill. Stay informed with the Qualcomm Developer Network by signing up for email updates.

Building Blocks and Skills to Break into AR Development
What’s Next in Image Processing at the Edge with NexOptic
Using Shaders for Realistic Graphics on Mobile
The Evolution of High Performance Foveated Rendering on Adreno
XR for a Changing World: Demos from the hubraum Mixed Reality Demo Day