In the world of immersive, high-intensity mobile racing games, EA is always at the front of the pack. And with good reason: They produce some of the most popular titles on the planet, including Need for Speed and the Real Racing series. The graphics in these games are so realistic that you might think you’re watching video instead of animation.

Behind the scenes, making these amazing games roar to life is the team at Melbourne, Australia’s Firemonkeys Studio, a game development studio that develops titles for iOS, Android and Windows Phone.

To ensure these action-packed games will run properly on Android devices, Firemonkeys use the Qualcomm® Adreno™ Profiler to address any performance-related issues. 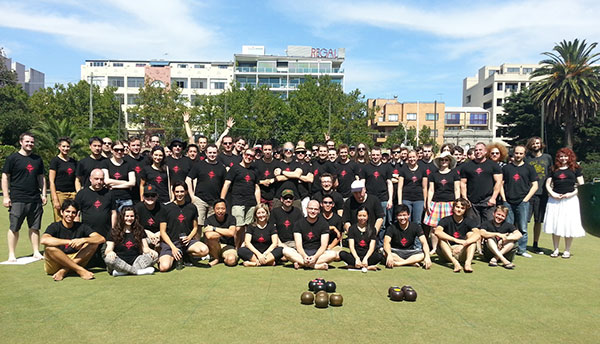 The team at Firemonkeys Studios in Australia.

Interestingly, Firemonkeys grew from two separate studios: Iron Monkey Studios and Firemint. Both companies were well known for producing high quality mobile games, and after they were acquired by EA, the two companies merged in 2013 into the company Firemonkeys that exists today.

Firemonkeys’s development predecessors go back many years in the mobile app business. In fact, according to Bruce Sutherland, a programmer at Firemonkeys, four of the developers on the “Real Racing 3” team have worked for the company for more than 10 years. “They’ve been here through every iteration of Real Racing and remember starting Real Racing 1’s development for Symbian phones,” he said.

In this short video, you can get an insider’s view of the company, and their work on some of the hottest mobile games on the planet:

Today, Firemonkeys is the largest development studio in Australia, and the company employs more than 170 people.

We recently caught up with Bruce, and he shared with us his thoughts about being a part of a company where your work is a true labor of love. 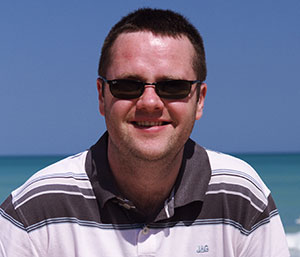 What do you love about developing mobile apps?
There are challenges in mobile development that are unique from a game development perspective. Making games that look great and play well within the existing performance constraints is a lot of fun for a programmer. You only need to look at the quality of graphics on our games from Real Racing 3 to the upcoming Need for Speed: No Limits to see how much we enjoy pushing mobile hardware to the limit.

Where do you and your team get inspiration for your work?
It comes from the interaction with our fans. Mobile gaming is all about engaging with people, and we have seen over 100 million installs with Real Racing 3. Knowing that you’re building something that players love is all the inspiration we need.

What is one thing that makes your company culture unique?
Firemonkeys has expanded rapidly over the last few years, but we still have the feel of a small close-knit studio. We have bi-annual whole studio events that everyone really enjoys, but we also have a weekly get-together where one team from the studio presents their latest and greatest work. This neatly ties in with the Australian beer o’clock tradition on a Friday afternoon, and helps keep everyone up to date with everything we have going on.

When faced with a long day, how do you and your team stay energized?
Coffee, lots of coffee. Melbourne is well known for its love of coffee and that is equally true here at Firemonkeys. We have fresh roasted coffee and café grade coffee machines in our kitchen. 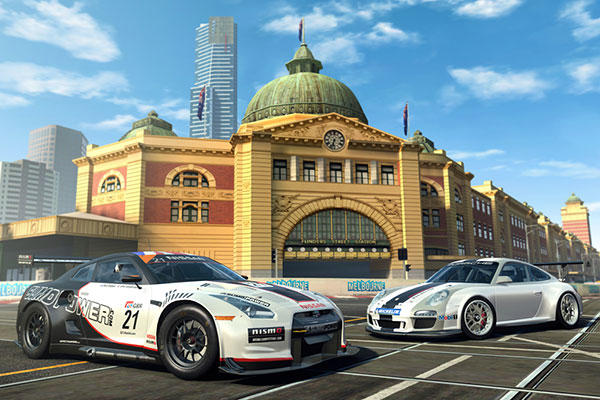 How did the Adreno Profiler assist in the final development of your game?
The Adreno Profiler really helped us to understand how our game was performing on the Snapdragon® processors in leading Android devices. We were able to diagnose issues that were causing performance bottlenecks in our game.

Did the use of the Adreno Profiler help to overcome any specific problems you or your team were facing during the development of your app?
We had an issue with overdraw … so we really had to work hard to make sure that we struck a balance between reducing draw calls by batching object by material, but also reduced overdraw by sorting those materials from front to back.

The Adreno Profiler’s overdraw highlighting tools were a really important part of this process, as it allowed us to make changes to the render order of materials and validate the results.

Did the use of the Adreno Profiler speed up your development process?
Profiling and optimizing for mobile platforms is really important. Having a highly optimized game will gain you a couple of really key benefits. First, your game will perform better and your players will have a much better time. Second, it will help you make games that can run longer. Poorly performing games can cause higher CPU/GPU load that causes a mobile device to drain the battery faster and to get hotter, causing your game to trigger thermal throttling which in turn hurts your performance.

Using the tools supplied by Qualcomm Developer Network to work out how and why this is happening is much faster than trying to write your own or to make improvements through trial and error.

Where do you see the mobile industry in 10 years?
Mobile performance is increasing faster than PC and console performance at the moment, and we’re seeing more and more companies converging on a single technology base across their mobile and PC parts. I think this will lead to a point where there is no separation between mobile and desktop, we’ll just build games and they’ll be scalable from low-power devices running on a battery to high-performance devices plugged into a big screen.

What advice would you give to other developers?
Listen to what your players tell you, either through surveys or usage data from your game. It’s amazing what you can achieve by building games that your players really enjoy rather than what you feel might work.

Register on QDN to download the Adreno Profiler and other Qualcomm technologies.