It is amazing what a team of individuals can do when the pressure is on. Take for example the recent hackathon that took place before the start of the 2015 TechCrunch Disrupt in San Francisco, California. Developers from around the world competed in this 24-hour test of endurance to create new apps and build new products from scratch, and in many cases using technologies they were getting their hands on for the very first time. 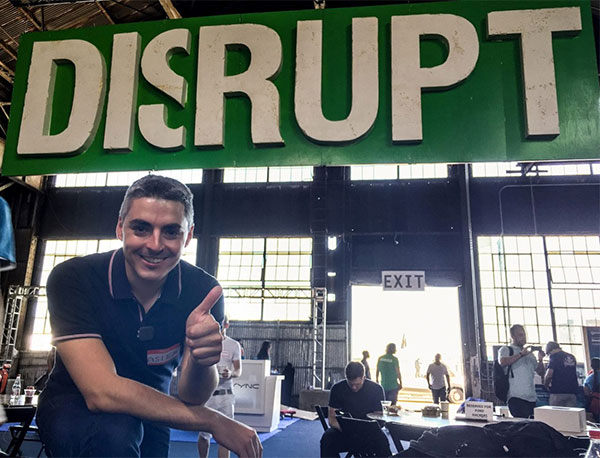 One of the competitors – and winners – from this hackathon is also our developer of the month. We’d like to introduce you to Asier Arranz, originally from Spain but currently living in San Mateo, California. He’s an expert in the field of emerging technologies, and something of a hackathon expert as well having produced winning entries at several other competitions going back to 2008. At the TechCrunch event, he and his team produced an app called “Real Reality” for Android, which they described as the “world’s first 360° streaming system.”

Real Reality combines the new Ricoh Theta device powered by the DragonBoard™ 410c from Arrow Electronics to run the continuous streaming service. It’s similar to other streaming apps, but with actual 360° viewing capabilities built in that previous applications lack.

Believe it or not, going into this hackathon Asier and his teammates did not know what they were going to build. They took their inspiration from the products laid out in front of them when they arrived on the scene. Despite some minor technical difficulties along the way – hey, it wouldn’t be a hackathon if there weren’t challenges! – they pulled it off and had a working demo of their product ready at the end of the 24-hour competition, ready to show it off on the big stage in front of other competitors and the judges at TechCrunch Disrupt.

Asier told us that another team actually came to them during the Hackathon looking for advice on how to integrate the Ricoh camera with the DragonBoard, but they weren’t interested in helping another team take advantage of their hard work.

In the end, Real Reality took second place and a $1,500 prize from Qualcomm Developer Network, and they also received first place awards from both Ricoh Imaging and Dolby for their efforts. 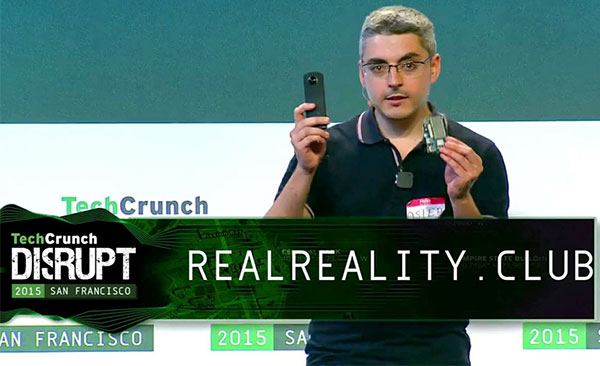 When asked whether he thinks of himself as a developer or maker, Asier told us it is really 50/50. But he is a hacker at heart. Asier previously has developed a project called Malariaspot.org, which helps fight malaria using crowdsourced gamification. He has co-authored a research paper about the data collected for the Journal of Medical Internet Research, and the project is now being deployed in Mozambique.

He has done projects using Qualcomm® Vuforia™ in the past, and he is already thinking about his next project using the DragonBoard 410c. He didn't want to spoil the surprise, but he did say it will make use of the external antenna for Wi-Fi on the board, and it will have some tie-in to fashion and technology. It does make us wonder what he has up his sleeve!

Thread 2: Before You Get Started
XRHealth: Crossing Realities into the Future of Telehealth
Building and Porting Mobile Games with Unity
Embedding Alexa Voice Service (AVS) into IoT Devices