For Andreas Gal, and the team at San Mateo, Calif.-based Silk Labs, the Internet of Things (IoT) is much more than simply connecting various gadgets and appliances in your home to a smartphone app. Andreas (pictured above with his teammates, fourth from the right in the back row), who is the former CTO of Mozilla, co-founded Silk Labs in 2015 with Chris Jones and Michael Vines with the intention of creating what they describe as “thoughtful experiences” using connected devices that truly understand, respond to, and adapt to our daily needs. 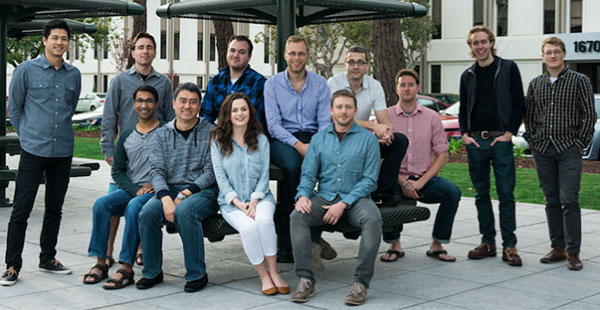 “A few of us who worked on Firefox OS realized that today’s home IoT products are very cumbersome and don’t solve real problems. In fact, they make your life worse,” said Andreas. “Why is pulling out your phone to turn on the lights any better than using the wall switch? We started Silk Labs to rethink IoT in the home.”

Silk Labs has produced their first IoT device, called “Sense” which recently completed a successful campaign on Kickstarter. It is a secure camera and hub for use in the home. This quick video demo shows some of what Sense is designed to do:

As the team at Silk Labs was developing Sense, they made extensive use of Qualcomm technologies, including the DragonBoard™ 410c, Snapdragon™ Profiler and Snapdragon Math Libraries.

We recently spoke with Andreas to learn more about the work of Silk Labs, their company culture, and their vision for the future of IoT.

What is one thing that makes your company culture unique?
We are all very technical so we like too make geeky references, like s/too/to. Oh, and we have some unspoken desire to get very creative with our use of emoticons on Slack.

Can you share a fun fact about your company with us?
We have a #popculture channel on Slack where individuals are advised – or shamed – to watch a particular movie. For example, we poke fun at the younger people on the team who may not have heard of Star Wars!

Where do you and your team get inspiration for your work?
It will sound cheesy, but we draw inspiration from each other. We are fortunate to have a very strong team and constantly learn from one another.

Who is your technology hero?
Steve Jobs. He liked to quote hockey player Wayne Gretzky, who said: "I skate to where the hockey puck is going to be, not where it is." Jobs was a visionary technologist that liked to build the future. We are trying to do the same thing.

When enduring a long day, how do you and your team stay energized?
Our coffee maker is pretty stellar. It grinds and brews, and is still pretty good.

In thinking about the Qualcomm technologies that your team used in the development of the Sense device, how did the specific Qualcomm product or software assist in its final development?
The DragonBoard 410c makes it easy to experiment with the Snapdragon chipset. It provides everything that you need, including source code to rebuild the kernel, documentation… all in a nice development kit that exposes all of the right pins critical for debugging.

We relied heavily on the Snapdragon Profiler to help us optimize our software running on both the CPU and GPU. It provided insights that helped us zero in on problem areas. Related, the Snapdragon Math Libraries provided a good performance boost as they have been optimized for the Snapdragon platform. 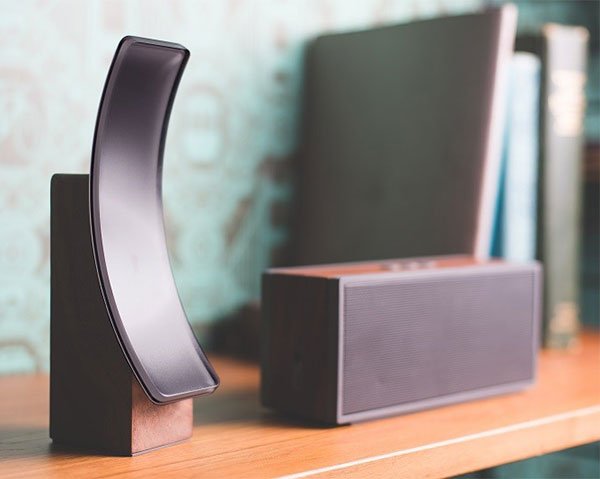 Did using the Dragonboard 410c help to overcome any specific problems you or your team were facing during the development of your technology?
Our product (the Sense – pictured above) relies heavily on accelerating complex algorithms using the GPU via OpenCL. The Dragonboard allowed us to do development prior to moving onto our ultimate chipset, the Snapdragon 650 processor. And the Snapdragon Profiler and Snapdragon Math Library helped us further optimize.

Did using Qualcomm technology speed up your development process?
Absolutely! It probably saved us a few months of development!

What advice would you give to other developers?
As Marc Andreessen says, “Software is eating the world.” Imagine it. And then build it.

Where do you see the mobile industry in 10 years?
It will be nothing like what we have today. It won’t be through a phone. It’ll be through a new interface. Maybe glasses, maybe contacts, maybe voice, maybe something you wear that measures subtle changes to your body to infer your intent.

Today, Silk Labs is building a software and services platform for IoT products, initially targeting home use by consumers, but the potential exists for many other uses. Silk Labs offers their “Silk SDK” to developers who want to build connected experiences for IoT.

To keep up with the latest developments from Silk Labs, you can follow the company, and Andreas Gal, on Twitter.