What happens when you give a maker with a wild imagination a DragonBoard 410c? You get a fully operational Dragon Detector, naturally. OK, you may be thinking “But there’s no such thing as dragons!” Well, don’t tell that to our developer of month, Andy Clark. 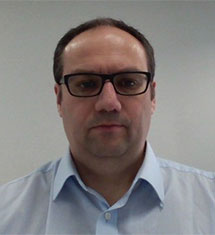 Based in London, Andy does his best work from his small, green workshop shed located behind his home. He has been making and repairing things from inside the shed since well before we called people like him a “maker”.

All of his projects are written up and shared with others via his Workshopshed blog, which he started way back in 2008. Recent projects include a Topsy Turvy Clock, an IoT Weather House, and the Dragon Detector. Andy describes his work as “a blend of mechanics, electronics and software.” He does these projects on the side – he calls it a hobby – but he clearly takes the work seriously.

And while he may be kidding around (we think), Andy tells us that “the Dragon Detector uses the DragonBoard 410C board to interact with its environment.” There is a motion sensor which triggers a web camera to take a photo. The photo is then analyzed using OpenCV and if any dragons are detected the board sends a message to the operator’s phone. 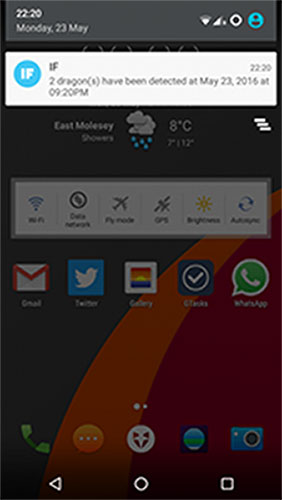 “The initial prototype of the Dragon Detector just flashed the eyes of a cardboard knight but I’m enhancing the project with a 3D printed knight (see below) and a servo operated sword arm,” says Andy. So beware dragons, because you’ve been warned.

This short video that Andy made highlights to the Dragon Detector project:

“I was pleasantly surprised at the ease of installation of the software and the processing capability of the DragonBoard 410c,” says Andy. “The compilation of code was straightforward and the board whizzes through processing images. The small size of the board relative to its power makes it a great choice for embedded applications where you need a bit more processing power.”
Andy is documenting his work about the Dragon Detector on the element14 blog, and he shares the source code for his projects via GitHub.
We recently spoke with Andy to learn more about his projects, his shed, and his thoughts on the Internet of Things.

How was the Workshopshed started?
Workshopshed was originally just an online notebook to keep track of what I was doing. People started giving feedback and it slowly grew.

What is one thing that makes your work unique?
I do like to keep things quite light hearted. I don’t have rituals, but I do like to read articles and write blogs on my commute to work.

Can you share with us a fun fact about yourself?
Prior to Workshopshed, I did a lot of research into the history of flea circuses and even made a tiny chariot pulled by an ex-performing flea. I also have a giant welded flea sculpture in the garden.

Where do you get inspiration for your work?
Ideas often come from friends and family. The Topsy Turvy clock was inspired by watching cartoons with my daughter, and the Dragon Detector via some chats with friends on an online forum.

Who is your technology hero?
The special effects guru named Mat Irvine appeared on some TV shows when I was young and has always been a hero of mine. As well as making lots of programs for the BBC he also worked on Robot Wars.

When enduring a long day, how do you stay energized?
Lots of coffee helps but it’s the exciting projects that provide the real drive.

Did using the DragonBoard 410c speed up your development process for the Dragon Detector?
I think it was the documentation of the DragonBoard 410c, and ease of use of the operating system that made the project go quickly. Also being able to compile software natively rather than cross-compiling saved me lots of time installing and configuring software.

What do you love about embedded computing and IoT development?
Embedded development allows you to add enchantment to otherwise static or uninteresting objects.

Where do you see the IoT industry in 10 years?
I think we will see a lot of the early IoT devices decommissioned and more standardization of protocols and data access.

What advice would you give to other makers and developers?
You can’t go wrong by creating lots of notes about what you do. They may help others and even help you in the future. Also don’t be afraid to ask questions as there are very few scenarios that have not been covered by others already.

If you want to see what Andy makes next, be sure to check out his Workshopshed blog. You can also follow his updates via Twitter.