Image segmentation is a process of subdividing an image into constituent parts or objects for detailed analysis. The resulting high-level information is useful in computer vision applications, like the self-driving robot described in the QDN learning resource Qualcomm Robotics RB3 Drives Turtlebot 3 Burger.

The goal of semantic segmentation is to determine whether each pixel in an image belongs to a given object or not. Semantic segmentation is commonly used in self-driving cars for obtaining the position of roads, cars and other obstacles. It is also used in camera applications to differentiate the pixels in the foreground from those in the background of an image. From there, a blurring or monochrome effect can be applied to background pixels, as shown below. 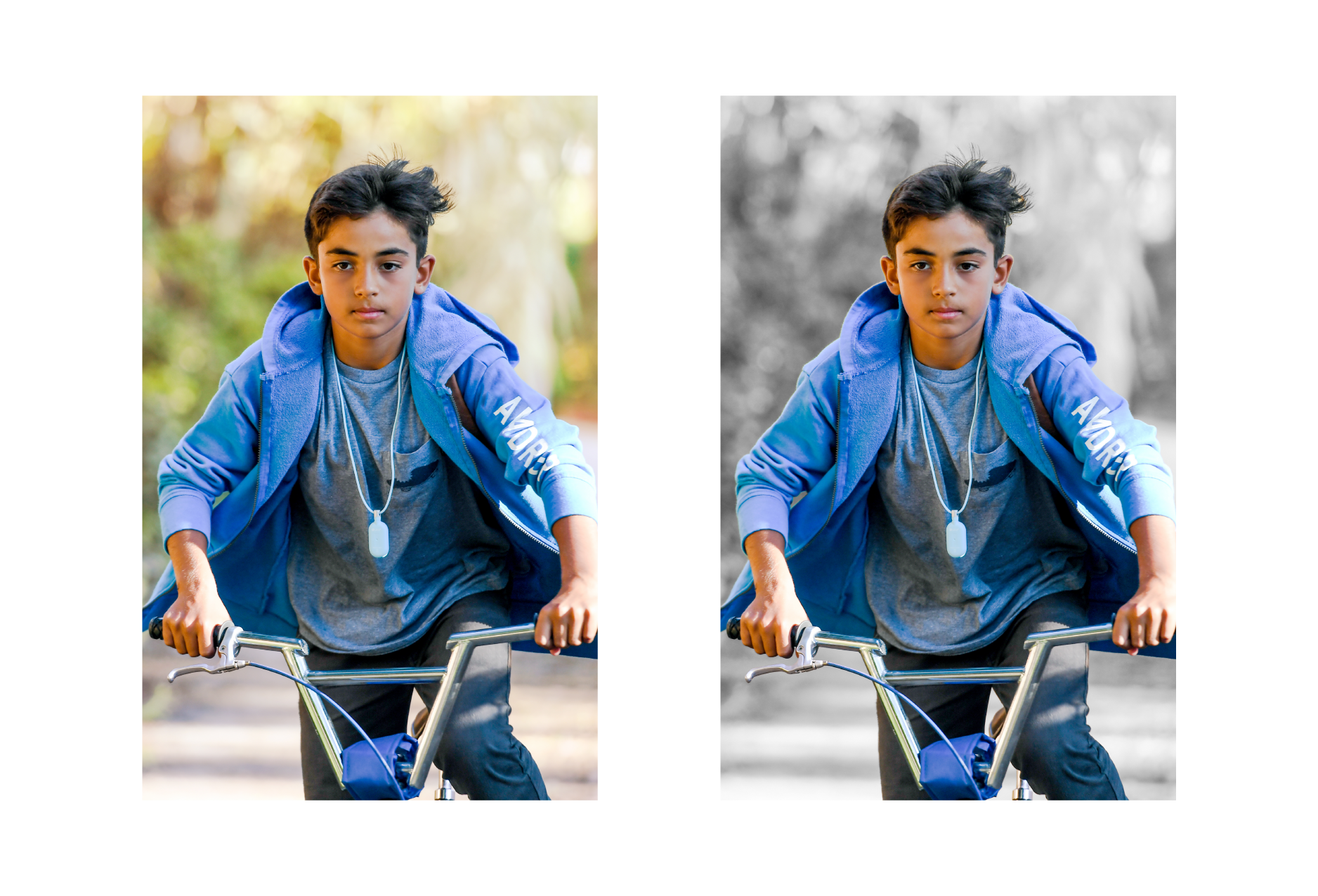 This article focuses on semantic segmentation, a computer vision problem that can be solved by algorithms like image thresholding, k-means clustering and deep learning architectures. The deep learning techniques of downsampling and upsampling are especially useful. 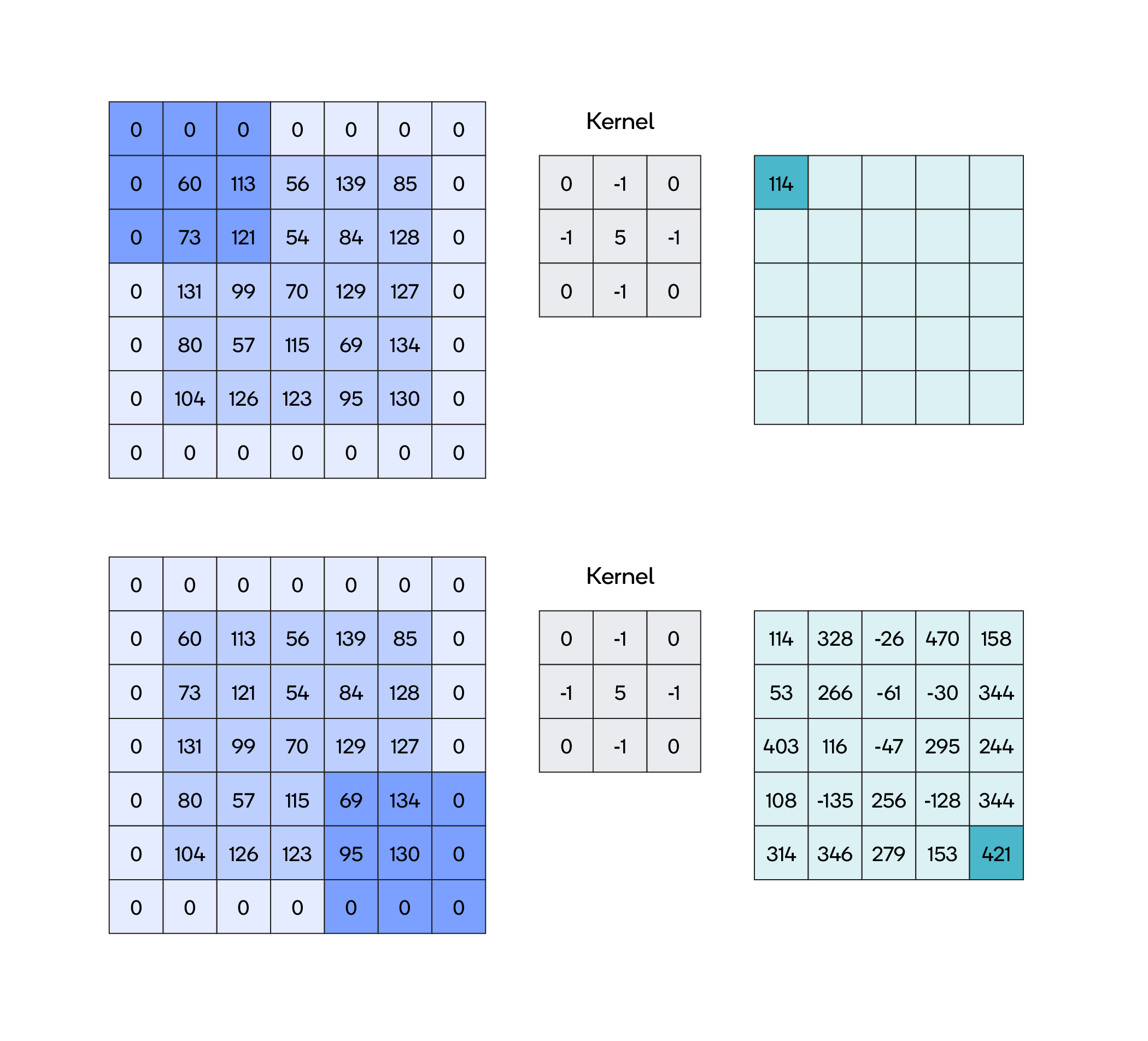 We can find the height or width after the convolution operation by applying the following formula:

Next, a max pooling operation is used to extract the most important feature from the output of the convolution operation.

Thus, to downsample the feature map, a 2×2 filter will run across it with stride = 2, obtaining the maximum value and forming a pooled feature map. A 2×2 max pooling will yield an output shape of 160×120×32 with stride 2, for an input shape 320×240×32. The downsampling block can be defined with any number of filters for convolution operations. In each block, the output from convolution operations is saved as a variable for concatenation in later stages of upsampling.

Tensorflow APIs (v1.x) used in the downsampling process are as follows:

The convolution operations are similar to the ones performed in the downsampling process above.

Next is a convolution operation with an N_CLASS (number of classes) filter of shape 3×3. After that, a softmax activation function obtains the probability of each class for a particular pixel. That is the result of segmentation of the input image.

Tensorflow APIs (v1.x) used in the upsampling process are as follows: 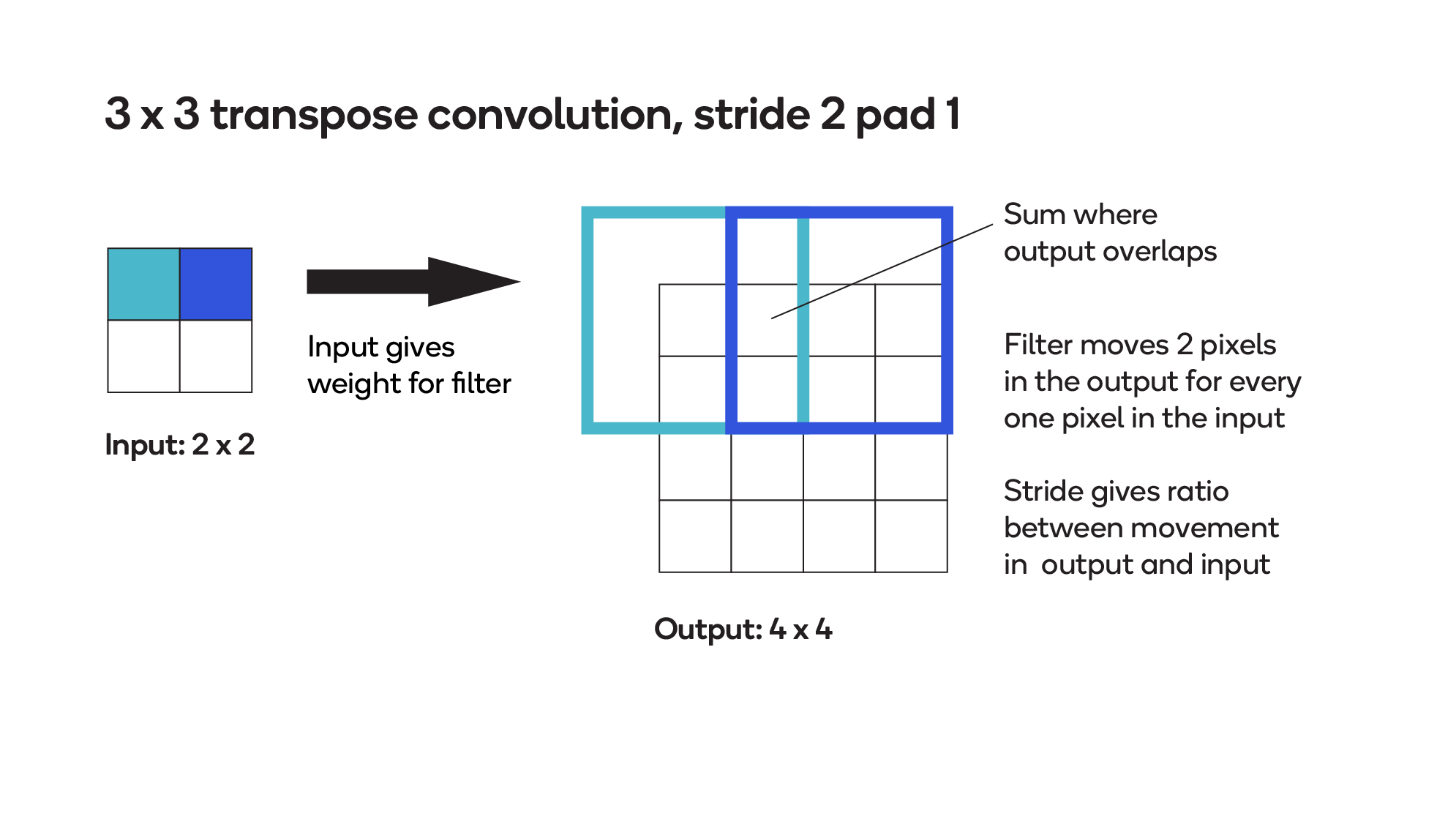 Have a look at how the Qualcomm Robotics RB3 drives the Turtlebot 3 Burger.

Qualcomm Robotics RB3 is a product of Qualcomm Technologies, Inc. and/or its subsidiaries.

A Virtual Showcase of the Open-source Development Model
Accelerate your machine learning networks using TVM and the Adreno OpenCL ML APIs on Adreno GPUs
Autonomous Mobile Robots: What do I need to know to design one?
Building computer vision, artificial intelligence, and heterogeneous computing into your robots
Smart Sensors II – How Adding AI Can Predict the Future for IIoT