For Robots to interact with the real world, there are two basic steps: the first step is to sense their surrounding environments, and next step is to act on that sensed data by navigating to avoid obstacles, or manipulating objects. When it comes to navigating the environment and manipulating objects, robotics developers rely on the actuator, a component that turns electronic commands into real-world movements. 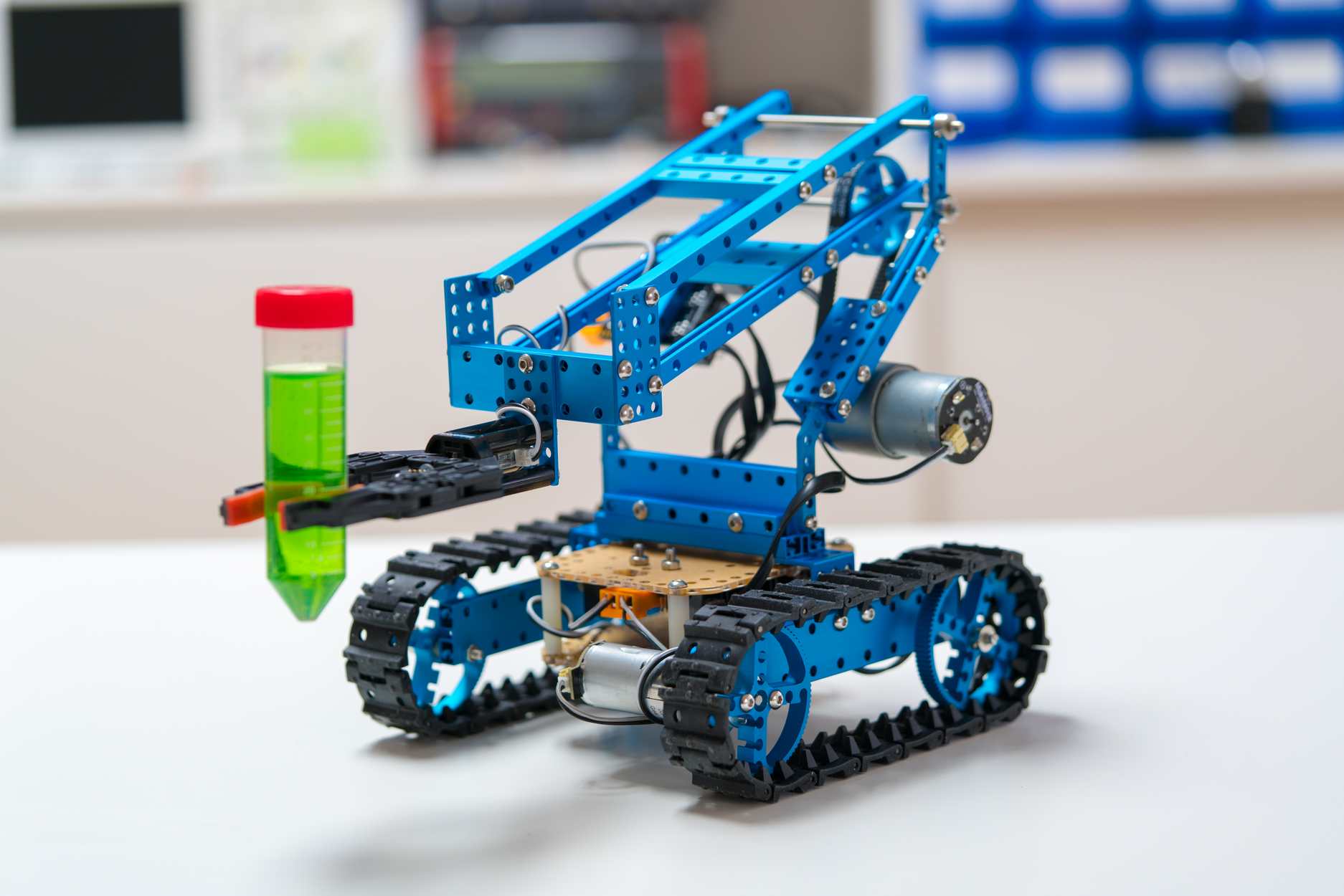 Of course it should be no surprise that there is a vast array of types and choices of actuator hardware for different applications. In this blog we’ll review the different types of actuators commonly used in robotics, discuss some of the basic considerations for choosing them, and explore how to interface them with Qualcomm Technologies, Inc. hardware.

There are five general types of actuators that robotic developers incorporate into their projects:

Aspects and Considerations of Actuators

Robots can be built for a variety of purposes, functions, and operating environments, so there are a lot of aspects to consider when choosing actuators.

The type of actuator required for a given application will depend on the robot’s purpose and intended functionality. For example, a DC motor will likely be used in conjunction with a drivetrain to allow for mobility, while a servo may be used to provide articulation such as that found in a robotic arm.

Once the type of actuator has been decided upon, developers should look at the physical requirements and constraints. The first aspect to look for is the physical size and weight of the actuator itself to see if it will fit where it is needed, and if the combined weight of the actuator and mechanism on which it’s mounted is appropriate. For example, placing a heavy actuator on a small, weak robotic arm may cause the arm fail under its own weight. 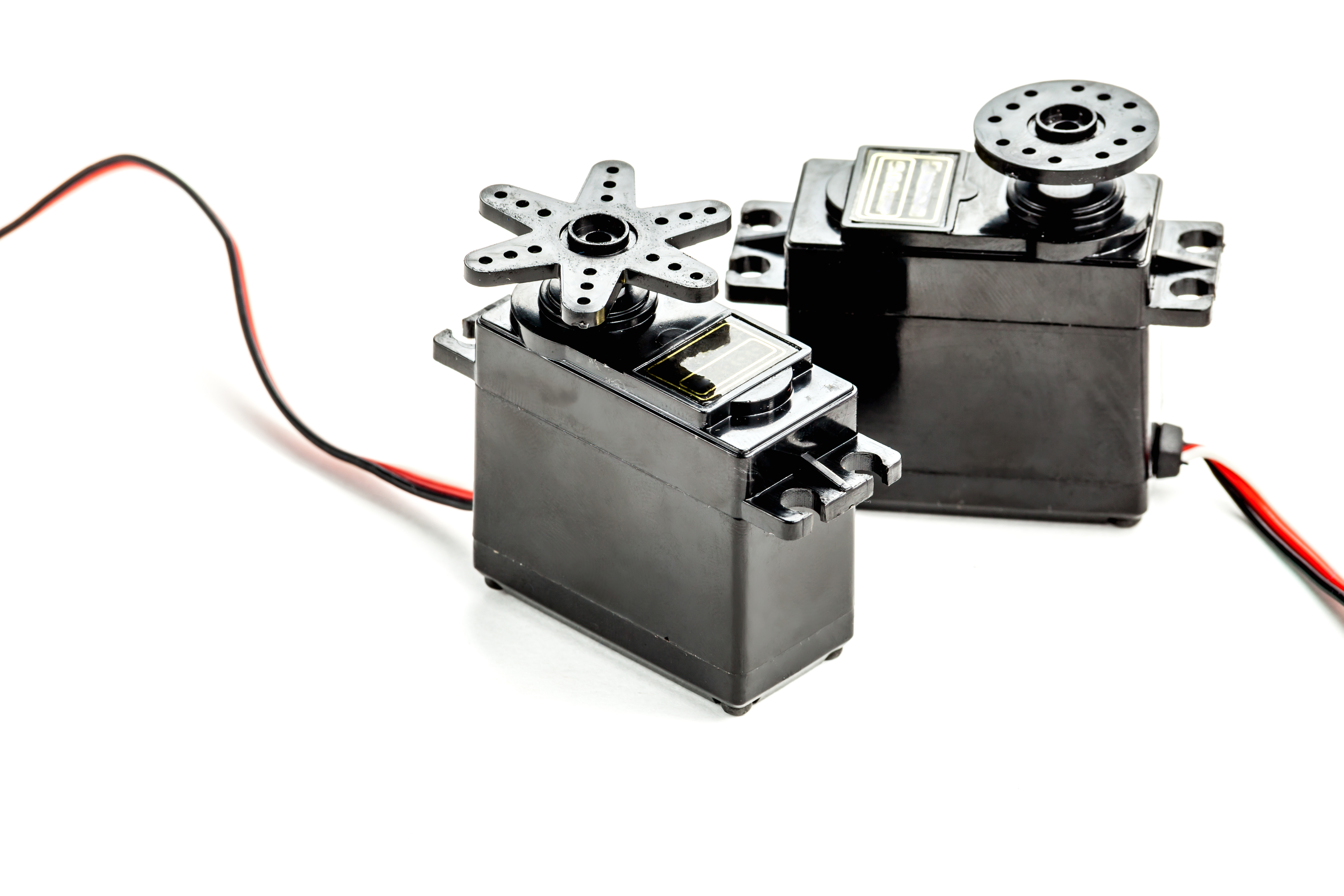 Another physical aspect to look at is the digital interfaces available on both the actuator and the microcontroller responsible for controlling it. For example, servos generally have three wires including ground, power, and a control signal. Depending on the power requirements of the actuator, you may be able to power it directly from the microcontroller, while in other cases, power may need to be supplied from elsewhere (e.g., the microcontrollers are often limited to around 5VDC). The power consumption is often dictated by the amount of torque provided by the actuator and the amount of load it handles while in operation. So be sure to gather the specifications on the actuator’s power requirements, as this will affect how long the robot’s batteries will last.

Depending on their intended usage, developers should ensure that a given actuator is strong enough to get the job done. For example, a DC motor must be selected such that it provides enough power to the drivetrain to move the robot and the robot’s load in the operating environment. If the environment is difficult to navigate (e.g., muddy terrain that causes slippage in the drive train), and/or the robot’s load becomes overly heavy, these worst-case scenarios need to be considered up front during actuator selection.

Finally, the communication protocol must also be considered. Many actuators support communications using pulse width modulation (PMW) while some may support serial communications.

It’s worth noting that are two general grades of servos: hobby grade and robot grade. This distinction exists primarily because the radio control (RC) hobby industry has had decades to develop small, consumer/hobby-oriented servos (e.g., for RC cars), while the robotics industry is still relatively new.

Hobby-grade servos are relatively low cost and usually handle lower payloads than their robot-grade counterparts. They tend to have a limited rotational range and often only support communications via PWM.

Robot-grade servos, such as the Dynamixel AX-12A Robot Actuator, offer a number of benefits over hobby-grade. Physically, they often provide more torque and include multiple mounting options. From an electronics standpoint, they can often be daisy chained and may be individually addressable through serial packet communications (e.g., via UART). In addition, they often provide two-way communication to send telemetry data back to the microcontroller such as temperature readings, and load monitoring, and provide the ability to vary torque.

Here at QTI we’re big fans of robotics. Our Qualcomm® Robotics RB3 Platform, is our solution for developing intelligent and power-efficient robotics based on our Snapdragon® Mobile Platform, such as the seeing and hearing robotic arm project.

Developers can get started by using the Qualcomm Robotics RB3 Platform Development Kit, which is based around the DragonBoard™ 845c Development Board. 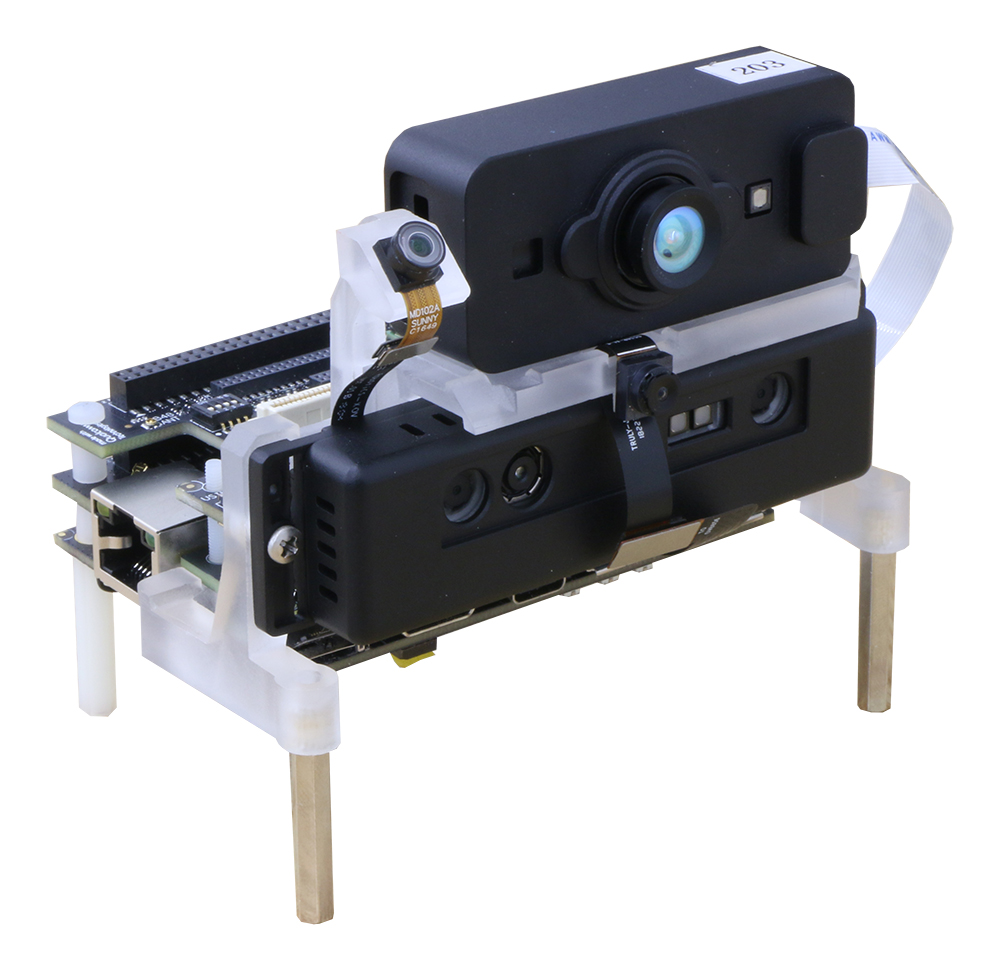 Developers can interface the Qualcomm Robotics RB3 development kit with actuators using the board’s expansion connectors. For example, the expansion connector’s GPIO pins can be used to send PWM signals to an actuator, while the UART pins can be used for serial communications with actuators that support serial packets. In addition, the board supports numerous other connection types (e.g., SPI, I2C, etc.) for interfacing with other systems, and the Snapdragon platform allows developers to add AI functionality such as computer vision, SLAM, etc.

Be sure to check out some of our recent blogs that demonstrate how our technologies are supporting developers’ robotic efforts:

Snapdragon and Qualcomm Robotics RB3 are products of Qualcomm Technologies, Inc. and/or its subsidiaries.