If you detected a great opportunity and started writing apps with AWS Lambda, pat yourself on the back. The Cloud Native Computing Foundation surveyed its members and found that 41 percent use serverless technology; of those, 70 percent use AWS Lambda to write their apps for serverless. Isn’t it gratifying to jump on a tech wave early on and take it for a good, long ride?

Now you can ride that Lambda wave from serverless compute in the cloud all the way down to devices at the network edge with AWS Greengrass and the DragonBoard™ 410c from Arrow Electronics.

AWS Lambda, AWS Greengrass and the DragonBoard 410c make an ideal hardware-software combination for starting or improving your IoT development. We’ve posted an AWS Greengrass prototype project to get you started and an industrial IoT Smart Vineyard project to show you how far you can take that combination .

Lambda is a compute service that runs your code in response to events triggered by other AWS services or in response to any web or mobile app. Not only is Lambda making big news in cloud computing, it is also revolutionizing edge processing, as Greengrass brings all the advantages of cloud computing and Lambda functions to the edge of the network.

Lambda and Greengrass together open up new possibilities for your IoT apps:

Best of all, you can write your apps in Lambda and test them in the cloud, then deploy them to your IoT devices.

Same programming model in the cloud and on the edge device. Check.

Security-rich communication among devices, even without a network connection. Check.

Computing devices at the edge, where the data is, instead of data moving to and from centralized devices. Check.

That should make it easier to solve a lot of your IoT software problems. As for your IoT hardware problems . . .

We’ve built support for Greengrass into the Qualcomm® Snapdragon™ 410E, a system-on-chip (SoC) designed for IoT use cases as diverse as smart homes, building automation, industrial control, manufacturing, agriculture and asset tracking. To prototype your IoT applications on that same SoC, use the DragonBoard 410c development board from Arrow Electronics.

You can open up even more IoT possibilities by taking advantage of Snapdragon features in the DragonBoard 410c:

Show me the money.

Moving data over the network costs money, as does computing on and storing it in the cloud. Edge computing with Greengrass, Lambda and Snapdragon keeps most of the processing and data off the network, as shown in the edge intelligence application depicted below. 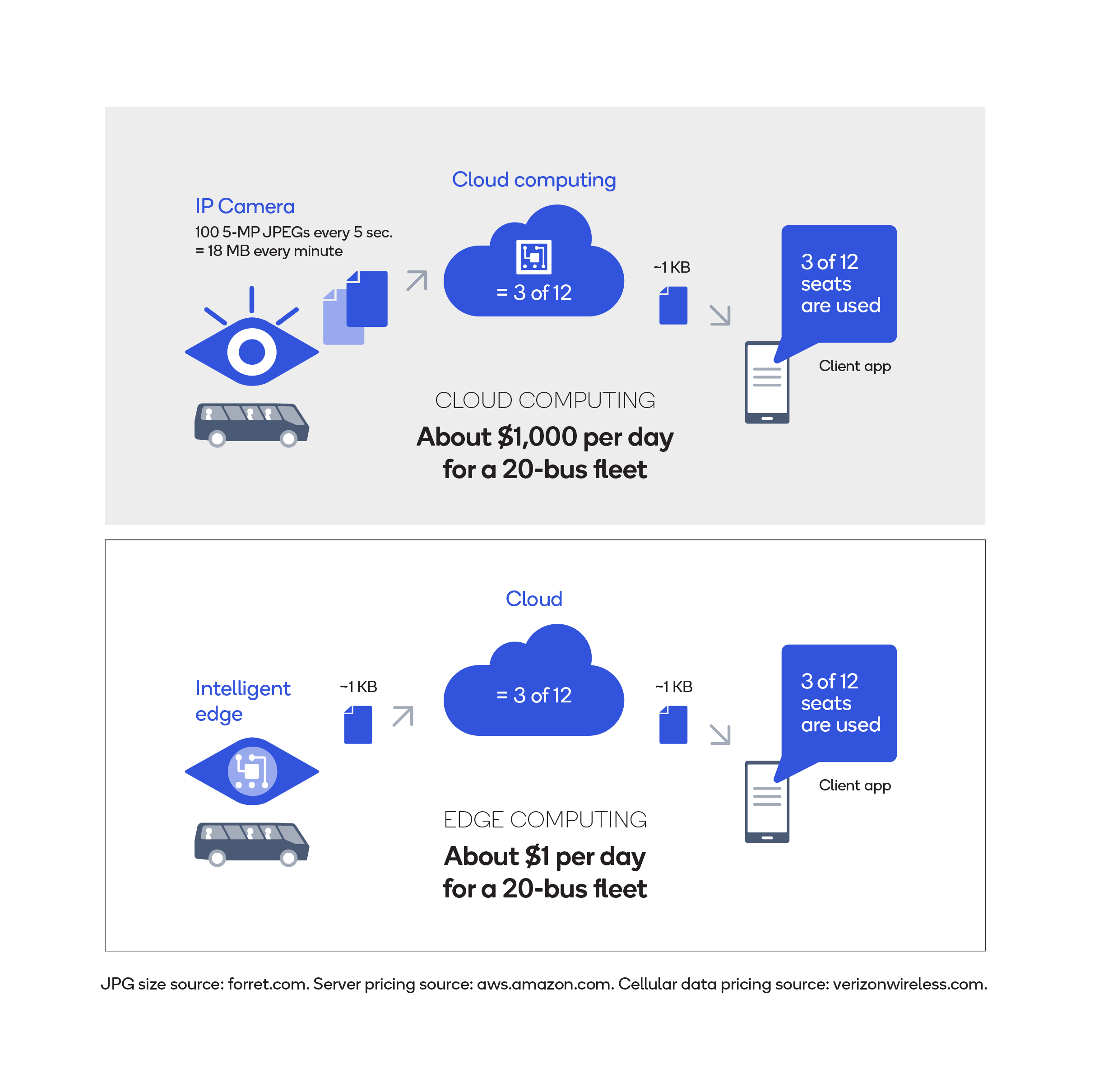 The application determines and reports the number of occupied and unoccupied seats on a shuttle bus in real time by analyzing a stream of video and comparing it to a seating chart. The cost of sending the stream to the cloud, processing it there and sending results back to the network edge could approach $1,000 per day for a 20-bus fleet.

But when the application runs on a device with a Snapdragon processor in the shuttle bus, it can process on the device (at the network edge) and send only the results to the cloud, helping to lower cellular data costs to approximately $1 per day.

The use case is applicable to parking, traffic management and other smart-cities scenarios.

Greengrass brings the benefits of AWS IoT to the edge environment where devices and Things live. It brings a local gateway for routing messages between devices at the edge, incorporates all the best aspects of AWS security and introduces local Lambda so you can write code in the cloud and deploy it locally. Using the DragonBoard 410c, you can prototype apps that run Lambda on Greengrass.

Have a look at our Smart Vineyard project we have recently posted, and use it to get AWS Greengrass Core running on a DragonBoard 410c development board from Arrow Electronics.